Why are the Big Four so heavily over-represented in tax havens?

The work that Saila Stausholm and I have undertaken on the Big Four firms of accountants and auditors has sought to establish a number of things about them given the opacity hat surrounds their operations. One of these things was precisely where they are. You would think this should have been straightforward, but it was not. The firms seem to find it quite hard to publish accurate lists of where they are located, although PWC got pretty close. Having established what we thought were correct lists we located these firms on a world map. As is clear, the overwhelming majority of countries in the world have at least three out of the four firms present, and all four are present in most countries. 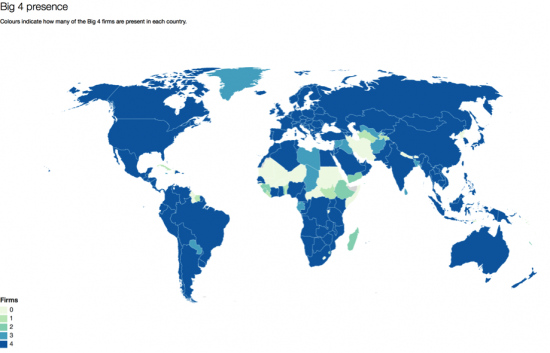 Mere presence in a location can, however, be misleading so the next map shows the number of offices by location: 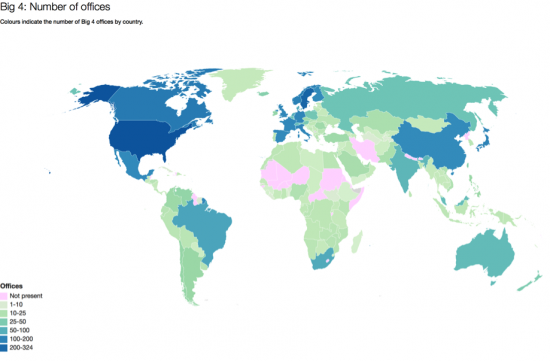 The disparity between the two maps makes clear that the Big Four only have a limited presence in many of the lower-income countries in the world.

To further illustrate this point the next chart shows the top 25 countries in terms of the number of offices operated by the Big Four in aggregate. The USA tops this list and, as is clear, with the exception of Malaysia, the jurisdictions where the Big Four have most offices are in the OECD and BRICS countries: 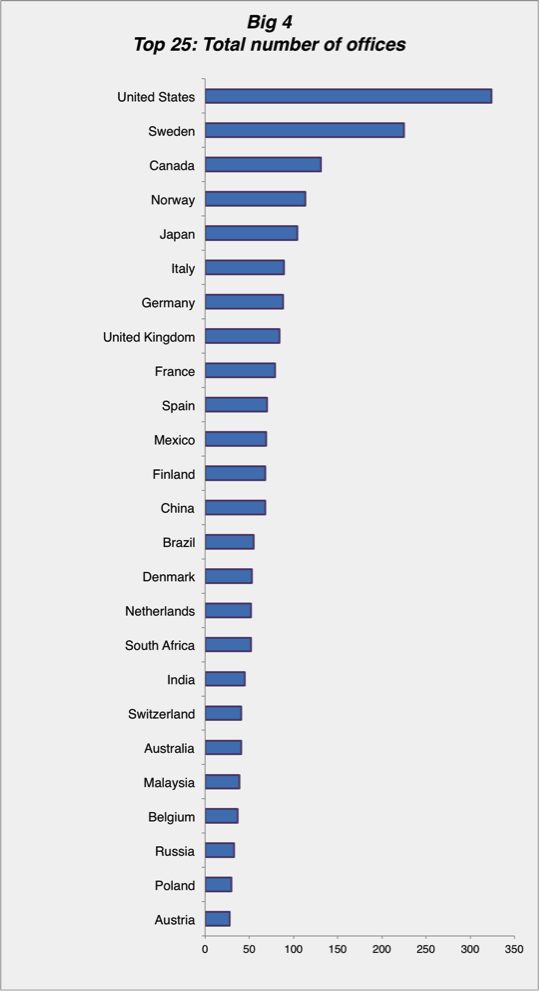 It may be unsurprising that the Big Four are heavily represented in the largest economies and that their presence in many of the world’s poorest jurisdictions is limited but their over-representation in Nordic counties requires explanation. In these countries, alone in the world it seems, these firms provide services to the entire business community, whatever its size, and as such are located in many towns as well as major cities. So strong is this trend that the Big Four firms have 23 offices between them in Iceland, a country of just 336,000 people.

What this chart does suggest on first glance is that the presence of the Big Four firms is directly linked to the size of the market in the place in which they operate. To test whether is the case we compared the number of offices to market size measured in terms of population and GDP. The evidence that emerged was clear: the number of offices the Big Four operate in a jurisdiction is not proportional to the size of a country or its economy. The next chart shows the number of Big Four offices in a jurisdiction per head of population: 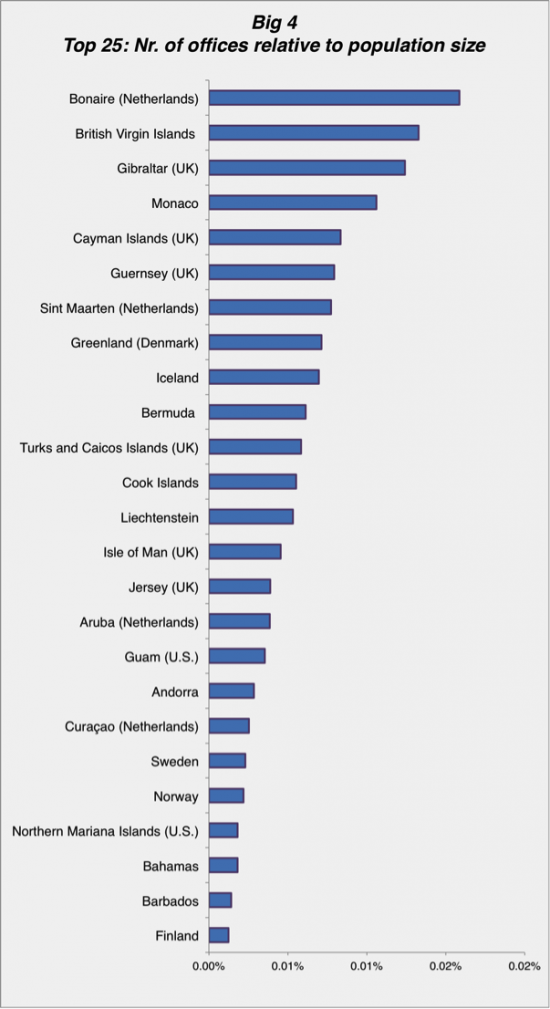 With the exception of the Nordic states, for which explanation has already been offered, the presence of secrecy jurisdictions in this list is its most obvious characteristic. The implication is clear - the Big Four firms are heavily over-represented in these locations in proportion to apparent local market size.

The same trend was apparent when we compared office presence with GDP with the exception that, Iceland apart, the Nordic countries disappeared from the list and secrecy jurisdictions became even more prominent: 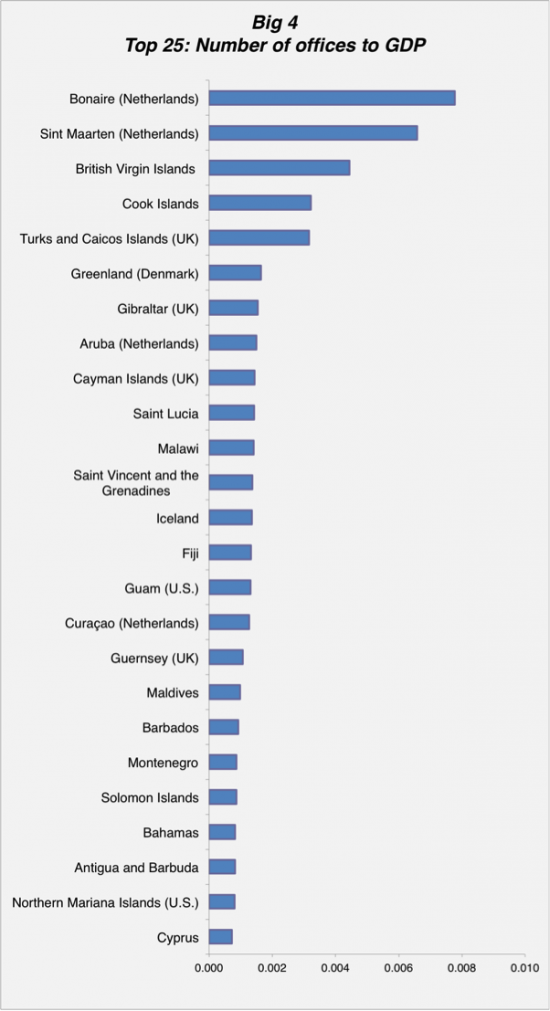 From these results it is apparent that the Big Four are heavily over-represented in secrecy jurisdictions, as compared to what could be expected from relying on GDP or population figures. This suggests that their presence in these places is related to the secrecy for transactions that these jurisdictions provide.

That, of course, may not be surprising, but it's good to have confirmed it.