The wealthy are the biggest tax evaders

I share this, which has literally just been published. Due to time pressure this morning I have not even read it in full as yet, but the message is blunt and if true (which seems plausible to me), is the clearest indication that the assault on tax havens needs to continue and that increased focus on evasion (as I have ling argued) is required: 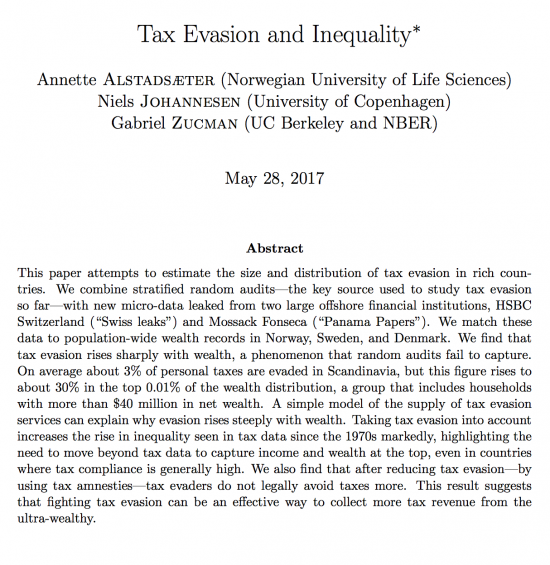