Public opinion is not flowing the government’s way

The Ipsos MORI Issues Index for February 2017 is fascinating.

Start with migration where concern is collapsing after the hype of the referendum: 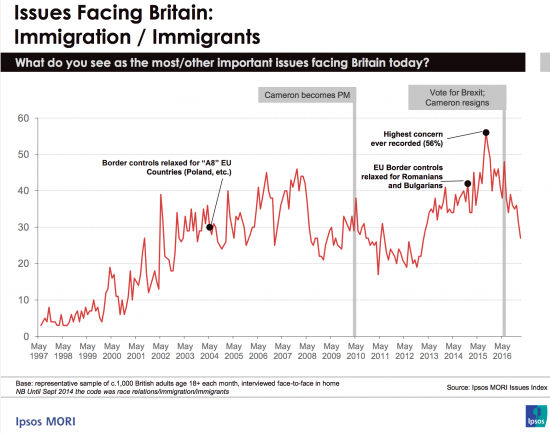 If that trend continues this will be going below long term trend quite soon.

Brexit is moving in the opposite direction: 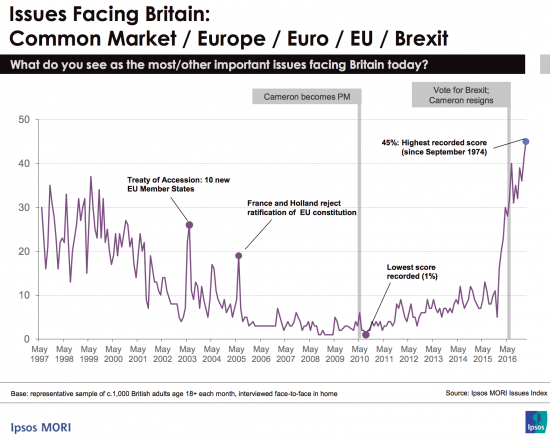 This is now off all known previous scales. And very clearly the matter is not settled or concern would not be rising. People are realising the mess we're in.

At the same time concern on the economy is down: 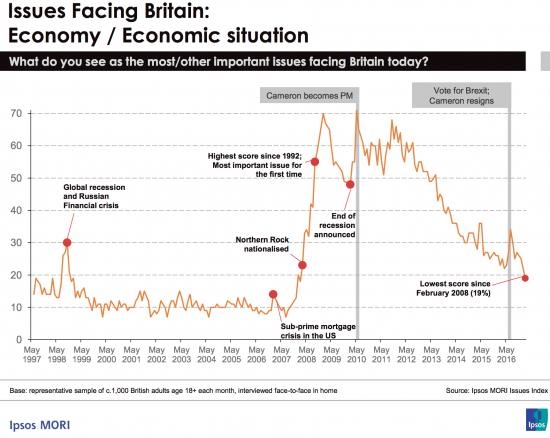 That is complacency before a storm, I think.

And then there is unemployment: 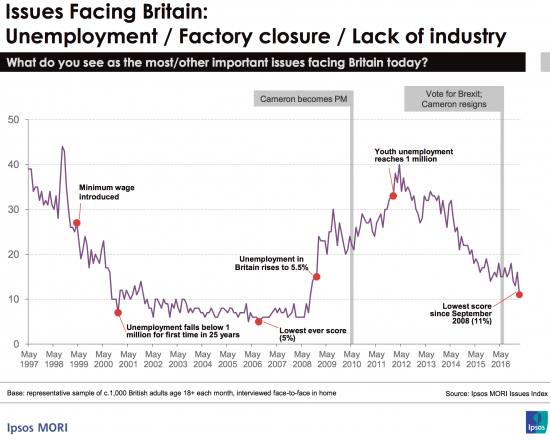 That looks like more evidence of complacency before a storm.

The government may not be in for a totally easy time. This is NHS concern: 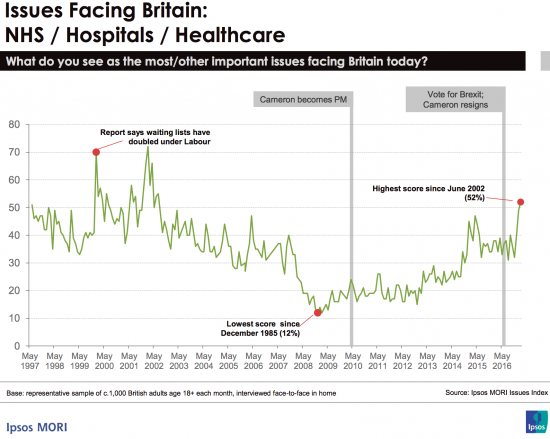 That jump is a sign of trouble coming. Concern in poverty and inequality says much the same thing: 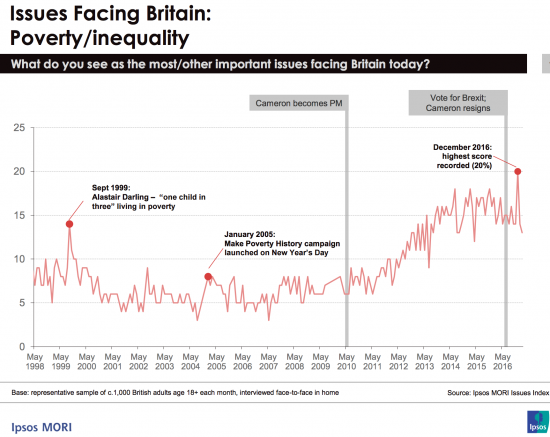 I think that's a clear sign that austerity is reaching its limits. Housing is showing the same trend: 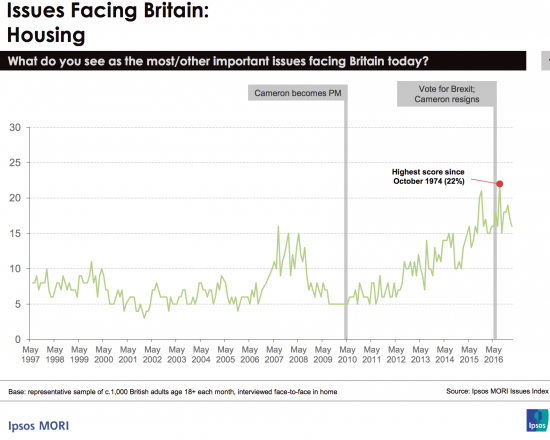 But concern ion inflation is rightly low meaning the capacity to spend exists in the public mind: 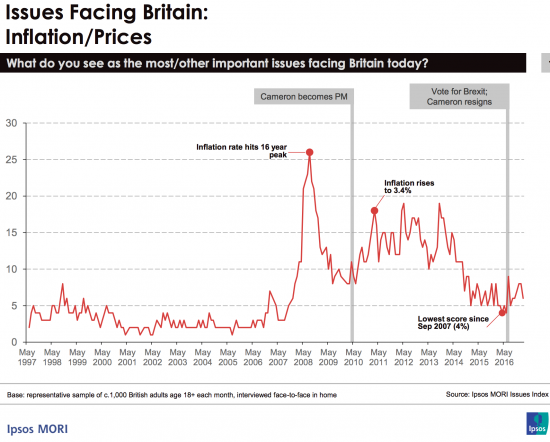 A good opposition could turn all this to considerable advantage.