Labour: stuck in the middle in Scotland

This was tweeted last night: 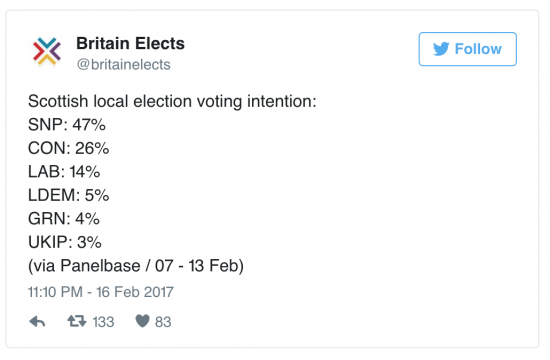 It looks like a disaster for Labour, because it is. But reflect for just a moment and what's obvious is that the poll is wholly rational.

If you're a Unionist the Tories are now bound to be your choice is Scotland: that's their whole point north of the border.

And if you're not a Unionist what's the point of Labour in Scotland?

But then the question has to be asked as to what Labour does now when it has no hope on this basis of recovering any of its lost seats in Scotland? I doubt it knows. And that's why it is where it is.