Why is the accounting profession acting in the interests of tax avoiders and tax havens?

Those who were at the Global Tax Transparency Summit yesterday heard me speak early in the day on the almost inevitable subject of country-by-country reporting.

This issue was addressed in the first session of the day. Pascal Saint-Amans said it is working for tax behind closed doors as far as the OECD is concerned and suggested NGOs should be pleased: the OECD country-by-country reporting template is not far removed from what I first suggested. German MEP Fabio De Masi was clear that this had to be public data and was equally clear in the logic of his case.

Then Chas Roy-Chowdhury of the Association of Chartered Certified Accountants (the largest UK based accounting body) offered a typical woolly accounting professional explanation for why transparency may not be such a good idea after all. Chas in this way typifies his profession. If given the chance to deny the user of accounts information they might need he takes it, however he might disguise that fact.

This was enough excuse for me to highlight the obvious paradox of the day. The Global Tax Transparency Summit took place with the support of parliamentarians from around thirty countries. It was sponsored by these organisations: 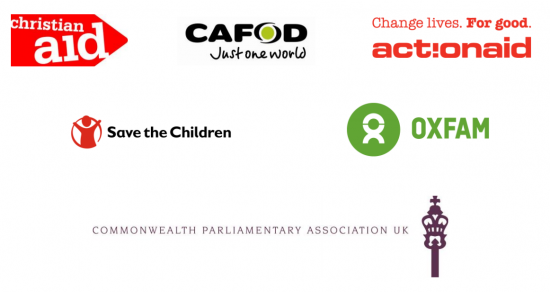 And not a single accounting professional took to the podium during the day to explain the role of the accounting profession on this issue. The ACCA and ICAEW were in the audience, the latter being silent, as ever. But the IFRS Foundation, Financial Reporting Council and other regulators with responsibility for ensuring that financial statements deliver relevant, reliable, consistent, comparable and comprehensible information to their users were notable by their absence. And I chose to point this out.

I was told by at least two journalists that the steam could be seen to be rising during my intervention and I am unapologetic for that. I am profoundly ashamed of the fact that my own profession refuses to engage on this issue. I think it negligent on their part that they will not discuss the most important accounting issue of our day. I am furious that they simply claim that country-by-country reporting is just tax data and not accounting information at all, as one very senior Big Four firm accountant told me during the day, when this is utter nonsense: since when was data on turnover, profits, accounting provisions for tax, investment and employment tax data? This is just an excuse to justify opacity.

The fact is that all the bodies to which I refer are supposedly run in the public interest. And what this issue makes clear is that they are not being run in that way: they are being run in the interests of tax avoiders and tax havens. I think consideration has to be given to sanction for that failure.