The European Union is claiming this afternoon that it is going to demand country-by-country reporting from European multinational corporations in the future. How do I know? Because it is going to publish this:

This is what is being proposed (in summary): 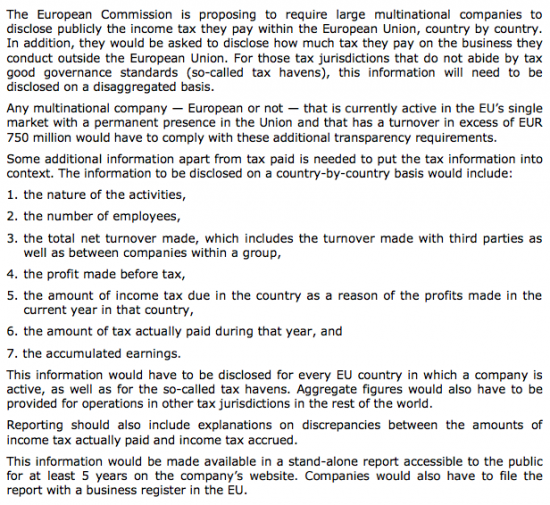 So what is missing? Let me offer a long list:

There are other weaknesses - I am off to Sky to discuss them on air now.

But this is a disaster in the making that is, I suspect, designed to undermine the credibility of country-by-country reporting.

And yes, I am angry. Just for the record. This is the financial world denying people what is needed in the public interest. And this is no longer acceptable if society is to survive in anything approaching a democratic or accountable form.