HMRC have published the results of a survey that they have undertaken on people's attitudes towards tax avoidance this morning. This is, perhaps, the most telling chart:

Thos responding had been told:

Tax avoidance is working around the rules of the tax system in order to pay less tax than Parliament ever intended – so operating within the letter, but not the spirit of the law. Tax avoiders often enter complicated, artificial ‘schemes’ that have no real financial purpose, other than to avoid tax. You may have heard about high-profile users of these sorts of scheme in the news. Some of these schemes are sold to potential users by a promoter – that’s why we can say that they are ‘marketed’. This next set of questions focuses on this type of marketed tax avoidance by individuals rather than businesses.

Those responding were not, then, confusing avoidance with evasion. It was interesting that there was a belief that the practice was common: 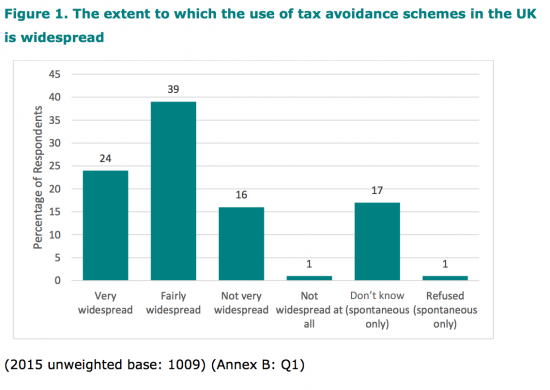 More interesting still were the analyses of attitudes to tax avoiding behaviour such as this (note the very low sample base): 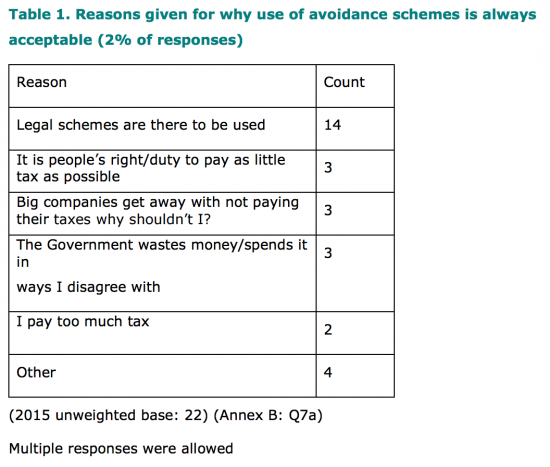 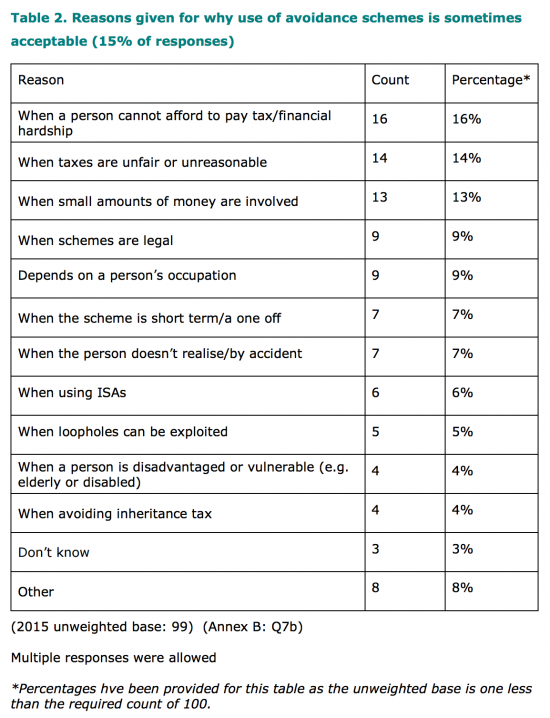 It is apparent that even the apologists - and there aren't many of them - have difficulty making up excuses.

The tax profession should take note.