Now the IoD wants a revolution: it looks like class warfare to me

I have already written this morning about the Institute of Director's wish to abolish corporation tax altogether and to shift the cost onto income tax, national insurance, VAT and council tax. This is nothing short of a demand that ordinary people pay more tax and companies and those who own them pay less.

I tweeted the blog out, as usual, and the IoD responded as follows: 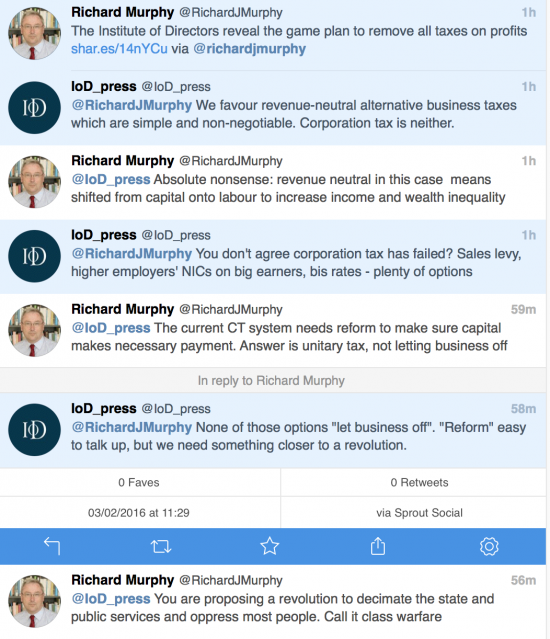 They were clear: the burden would shift as I suggested. Small business would pay more? Those on middle pay would suffer as their pay rates were oppressed by new NIC charges and we'd all suffer sales taxes.

And their response when I pointed this out? To demand a revolution.

I think I was right to suggest that's little less than a declaration of class warfare.

And that really worries me.