Taxes for revenue are obsolete

John Christensen of the Tax Justice Network has just drawn my attention to this extraordinary article:

The article is extraordinary for four reasons. The first is when it was written: 1946. It was way out of its time.

The second is who wrote it: Beardsley Ruml was chair of the New York Fed.

Third, it was extraordinary for what it said on the nature of taxation (see below).

And last, although I will not deal with it, it's extraordinary for arguing corporate taxation was not needed for reasons now wholly outmoded.

So what does the article say? The extracts are a series of screenshots: my apologies if they are slightly disjointed. It starts with this fair question:

The answer is in this section: 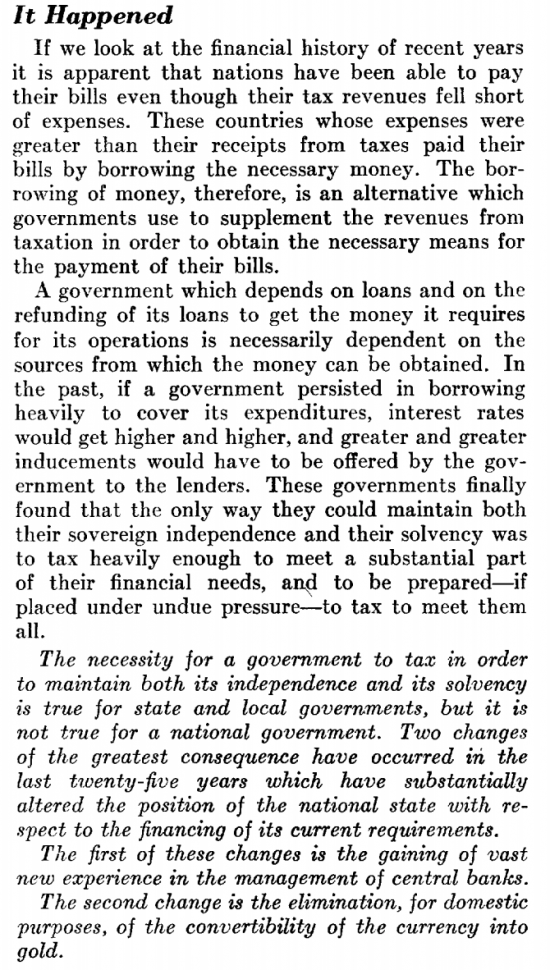 The italics were in the original because the editor thought those paragraphs so significant. 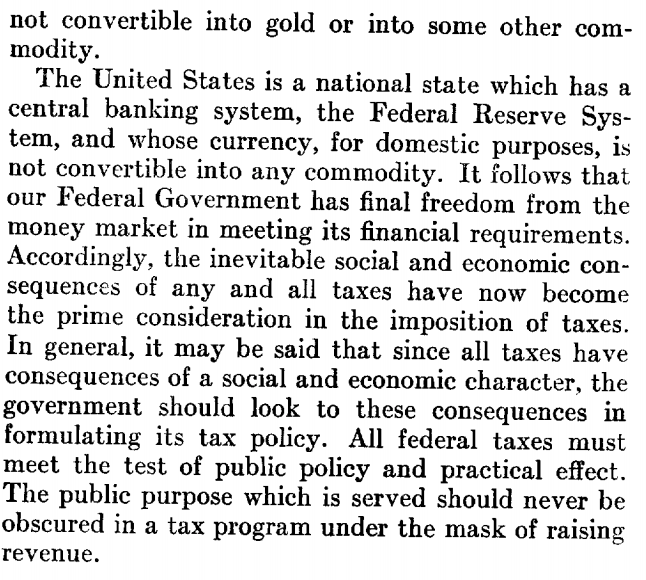 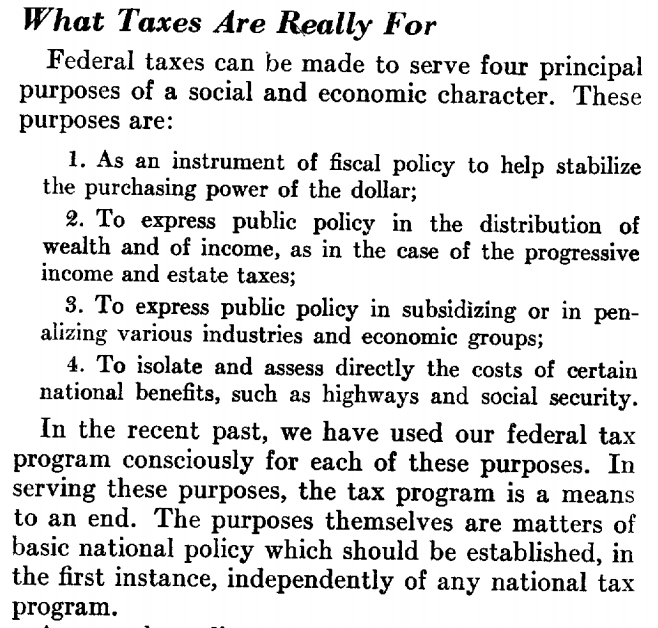 I have not quite put the four uses of tax like that, and have six reasons for tax in the forthcoming Joy of Tax, but the similarities are uncanny. And what this really says are four things.

First, as Ruml says, taxes are about shaping the society we want to live in, and are not to pay for it.

Second, in that case we are not beholden to anyone to pay for that society: it is paid for by the efforts of all who live in it and not the tax contributions of a few who happen to be very well paid.

Third, in that case tax design follows from social priorities and is not constrained by economic threats of those who do not want to pay.

Fourth this then leads to other ideas such as the fact that closing the tax gap is, as I have always argued, about creating equality and a level playing field for business.

And, fifthly, that tales of the burden of the deficit are just absurd: that deficit is just money, and it is money that we need that is the beneficial residual impact of spending that has been incurred for good reason. Whilst, of course, means that the whole balanced balance argument is just utter nonsense.

And I would remind you that it was a banker who said this. In 1946. It is time we took note.