Scotland, East Anglia, one party rule and the right to govern

I saw some friends last night. The situation in which it arose is far from political: I do not spend my whole life isolated from real life and real people.

Give that this is East Anglia I was ribbed about the election result. There was a sense of gloating on some parts, but by and large the subject is avoided: it is known I can hold my own.

But then the SNP came up. This was obviously considered non-political. There was revulsion at the fact that it had so many seats. There was claim that this was not democratic. There was active dislike of Nicola Sturgeon - echoing Mail lines. And there was sentiment that they had no right to state their position in parliament matched by a clear claim that Scotland was 'ours'.

I offered the opinion that I thought Nicola Sturgeon the star of the election, and the politician with the best message, because she believed it (actually, add in the Greens and Plaid to that, but it did not come up).

I made clear that a 'one party' Scotland worried me but I could not see that surviving in Holyrood after devolution of powers or independence.

The one party theme was however picked up very strongly on the basis that this was the Scots trying to dictate terms to the English, and how dare they do that?

So then I pointed out the East Anglian election result (Norfolk, Suffolk and Essex): 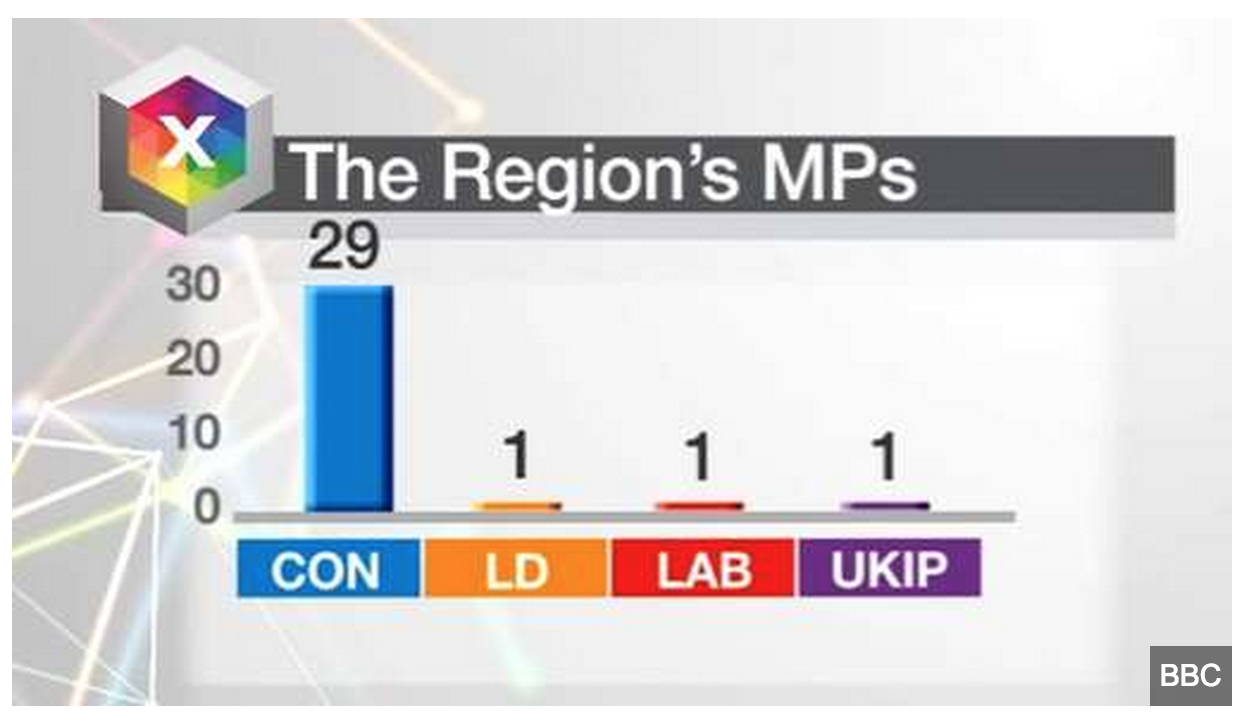 I made clear, how did the Tories dare to dictate terms in a similar way?

This did not go down well. This was entirely different, it was said. Those were English MPs elected by English people.

And so I came to the reluctant conclusion that what I was witnessing was racism. These people would have been horrified at the suggestion. I decided not to make it, although I regret that now. But what else can it be when what was said was "We are English: how dare the Scots try to dictate to us?".

Almost as much as the night before.