Not for the first time in my career I find that my work has led to street protests. I admit that when I began working as a chartered accountant that was not an outcome I anticipated.

This time the work I have done for Unite on the tax structuring of health care companies has become the basis of protests about Virgin. As a group called The People's NHS have said in an email I was sent:

Protesters from The Peoples NHS dressed as tax collectors and doctors, accompanied by a giant piggy bank, have presented a giant tax demand to Virgin Care, following the revelation that the firm continues to bid for NHS contracts despite extensive use of tax havens. Protesters were opposing Virgin’s use of tax havens and tax avoidance mechanisms and the sell-off of the NHS.
As Virgin is a company with US investors the government could be prevented from taking their NHS contracts back into the public sector unless the NHS is exempted from the trade deal TTIP (Transatlantic Trade and Investment Partnership).
Virgin Care is a subsidiary of Richard Branson’s Virgin Group Holdings Ltd. Virgin uses 13 intermediate holding companies to distance the firm’s healthcare division from its parent company, which is based in the tax haven of the British Virgin Islands.
Despite this arrangement Virgin Care provides 30 primary care services across England including GP practices, GP out of hours services, walk-in centres, urgent care centres (UCCs) and minor injury units (MIUs). Virgin is allowed to bid for a contract worth £280 million in East Staffordshire to treat patients with long term ailments such as diabetes and heart disease.
The complex nature of the multinational group to which Virgin Care belongs means that it is not possible to draw any conclusions from the individual company’s accounts, including about how it is funded and its tax payments. The company does not publish a consolidated set of accounts for its healthcare operations, so it is impossible to even piece together the total revenue that it is making in the sector.
Due to losses sustained Virgin Care has not paid tax in the period under review.
Read Unite’s report:
http://www.unitetheunion.org/uploaded/documents/Private%20Cos%20TTIP11-22313.docx
Key Findings:
Source: Richard Murphy, ‘Unite investigates: Tax Avoiders buying up the NHS And how TTIP could “lock in” tax avoidance,’ Unite the Union, March 2015
Read the Observer Story:
Virgin care among firms with lucrative NHS deals and a tax haven status
http://www.theguardian.com/society/2015/mar/21/ow-lucrative--deals-go-to-firms-that-use-tax-havens 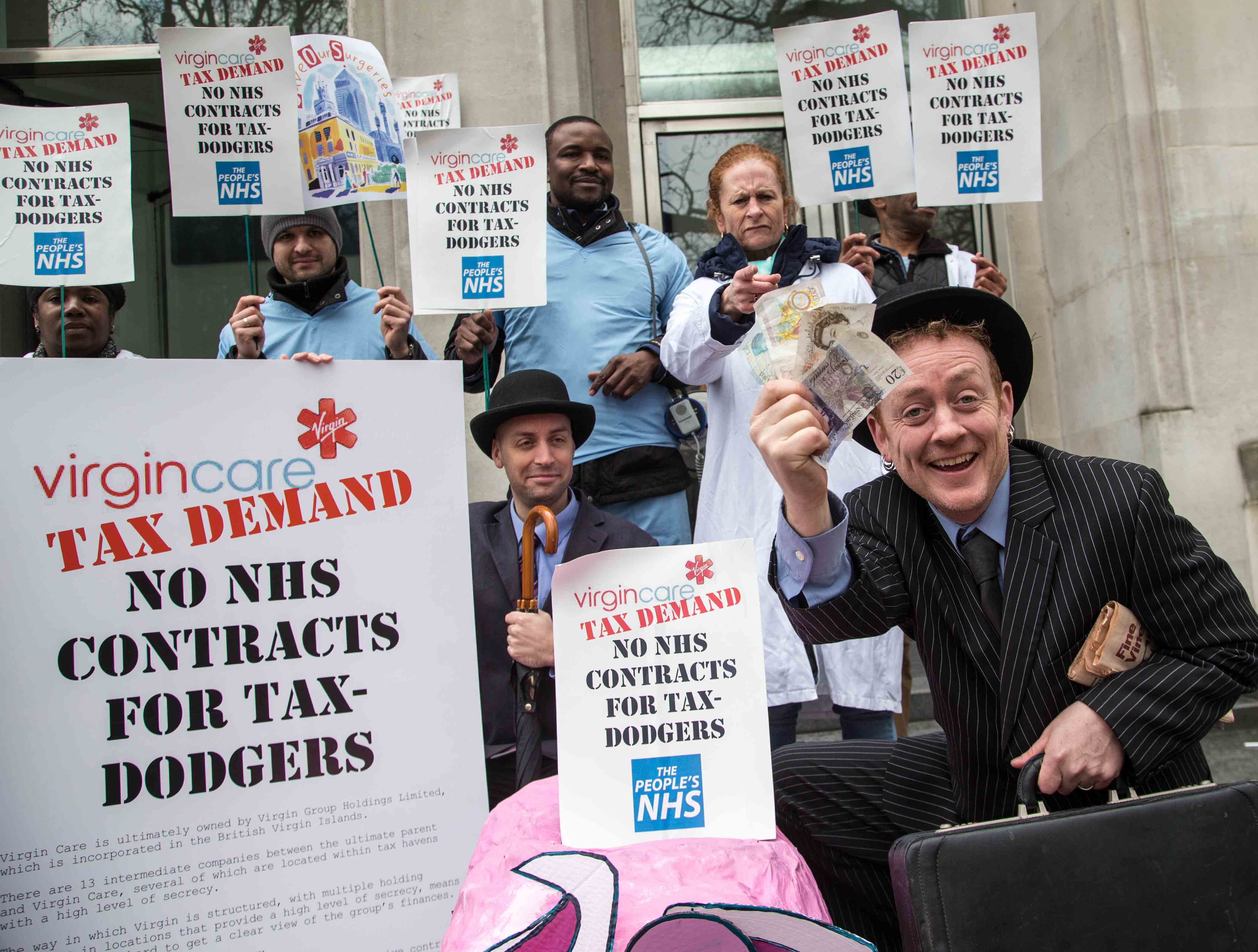