What we need is a long term fair tax plan

This is  John McDonnell MP's speech in the Budget debate yesterday: 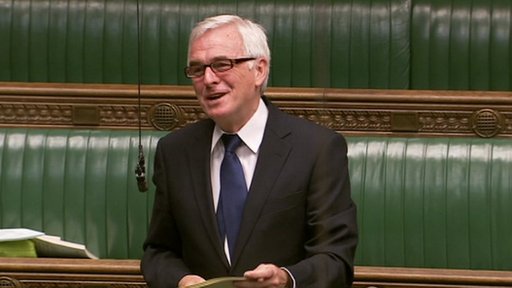 John McDonnell MP: The Budget sets the target of raising £3.1 billion through tackling tax evasion and avoidance. The Government have identified a tax gap of £35 billion, which has remained almost static for the past few years, but one of the World Bank auditors has said it is nearer £100 billion, and the tax justice campaign and the Public and Commercial Services union, which represents the tax collectors themselves, has put it at £120 billion. So on the Government’s own figures, at best we are simply going to tackle, if successful, less than 10% of the tax gap, but more realistically less than 3%. That is a dismally low target.

In yesterday’s HMRC and Treasury document on tax avoidance and evasion, I welcome the statements around strict liability, naming and shaming, the toughening up of penalties and the tackling of serial avoiders, but it has taken five years of lobbying by the Tax Justice Network and others–and I pay tribute to Richard Murphy, Prem Sikka and John Christensen. It has also taken direct action by UK Uncut, media campaigns and public pressure to get the Government to act–in their last week. But it is not action–it is not deeds; it is further consultations. This is an appalling missed opportunity.
The right hon. Member for Somerton and Frome–who is not in his place, which I understand as it has been a long debate–referred to issues to do with accountancy firms, and I agree with him. The Government’s document of yesterday places heavy reliance on those agencies at paragraph 3.19:

“Today, the government also announced it is asking the regulatory bodies who police professional standards to take on a greater lead and responsibility in setting and enforcing clear professional standards around the facilitation and promotion of avoidance to protect the reputation of the tax and accountancy profession and to act for the greater public good.”

There is a level of either complicity or naivety here. I think this demonstrates corporate capture of this Government and the Treasury by the accountancy firms, finance houses of the City and corporate law firms.
The Government are now relying on these agencies once again to police themselves. On the corporate lawyers, the Law Society tax committee is populated by corporate lawyers representing firms promoting the tax avoidance schemes. On the accountancy professional bodies, the standards and policy committees comprise the representatives of the firms making billions of pounds from designing, promoting, selling and implementing tax avoidance schemes on an industrial scale, as the Public Accounts Committee said. I refer Members to Prem Sikka’s latest article. He points out that

“the Institute of Chartered Accountants in England and Wales was formed in 1880. Here we are in 2015, and not a single accountant or accountancy firm has ever been disciplined by the ICAEW even when the schemes marked by the Big Four firms have been declared to be unlawful by tax tribunal and courts.”

Then there is the question of who is going to prosecute these firms now that we are going to introduce more criminal legislation against them. Will it be the Serious Fraud Office? Its budget has fallen from £52 million in 2008 to £35 million now. It is hardly equipped to take on these mega-corporations. In fact it is now facing lawsuits for damages from botched investigations–from the Tchenguiz brothers–and is “utterly unfit” to investigate or enforce the legislation the Government are bringing forward.
The Crown Prosecution Service is “hardly visible” with regard to prosecution of big corporations, and HMRC staffing cuts have denied it the professional expertise needed. I will come back to the staffing cuts.
The Government sometimes have good intentions. We all supported on a cross-party basis the idea that if a company is prosecuted for tax avoidance, it should not then get a public contract. We all supported that in this House, but now, two years since it was introduced, not a single tax dodging entity, despite judgments by tax tribunals, has been barred from securing public contracts. What frustrates most of us in all parts of the House is precisely this non-implementation of legislation which we think could be effective and which we have all supported.
Another issue also came up. We supported the Government’s introduction of the general anti-abuse rule. We had been campaigning for years on it, and it came into effect on 1 July 2013. The Chancellor has referred to it on several occasions in various debates. The concept is good, but HMRC cannot go after offenders on its own because the Government have, in effect, put the tax avoiders in charge. HMRC needs permission from a panel, populated by the corporate tax avoiders, before it can implement the GAAR. The panel includes, for example, a partner from Baker Tilly, a firm of accountants associated with a tax-avoidance scheme used by Aberdeen Asset Management to dodge taxes on bonuses to employees, and so far the panel has not looked at a single case. It renders debates and legislative measures in this House totally irrelevant to the real world. The real issue is that no matter how many policy statements, reports and legislation we have, it is all rendered pointless if HMRC does not have the staff and resources to implement them.
I was critical of my own Government; I opposed the staffing cuts at HMRC then. In 2005, there were 92,000 staff at HMRC. By 2015, there were 62,000 and by next year there will be a planned 52,000. That is a 43% cut in the very tax collectors we rely on to chase the evaders and avoiders. For every pound spent on a member of staff at HMRC, £25 is brought back. That is not my figure, but the independent assessment. The Government have now closed all 281 local tax inquiry offices. They have brought in a centralised call system, which is struggling on every measure. HMRC’s management have gained a reputation across the civil service for belligerent incompetence, and that was displayed when the Public Accounts Committee attempted to hold them to account. Morale in HMRC is at an all-time low, which is testified to by the Government’s staff survey showing that it had the lowest level of employee engagement across all Government departments.
We have also seen, as a result of the leaked memos of four weeks ago, the HMRC management’s union-busting strategy. They have not only targeted and victimised PCS reps, but are trying to set up an alternative staff association to break the PCS. In my view, HMRC is not only not fit for purpose, but sinking. It is in need of basic reform if it is to live up to the expectations placed on it even by the report that the Treasury published yesterday. If we are really going to tackle tax avoidance and evasion and have any hope of closing the tax gap, we need a more effective, better staffed and better resourced HMRC.
We need greater parliamentary accountability, which means: a specific Minister responsible for HMRC; and a separately established Select Committee to which it is accountable. We also need resources for organisations outside Government that can monitor it and respond to the detailed, complex Government consultations. Above all else, HMRC needs staff resourcing and the reversal of the staffing cuts on this scale that have neutered its operations.
If we really want to tackle the tax gap, we need to ensure that it is properly staffed, that Parliament is in control and that there is proper accountability and monitoring throughout. In that way, we can tackle the tax gap, and we can start talking about the fairness of the wealth tax, the financial transaction tax and corporate tax reform. We need not so much a long-term economic plan as a long-term fair tax plan.
Reproduced from here
Donate
9