Economic Campaigner of the Year

I was invited to a reception at the House of Lords this evening: 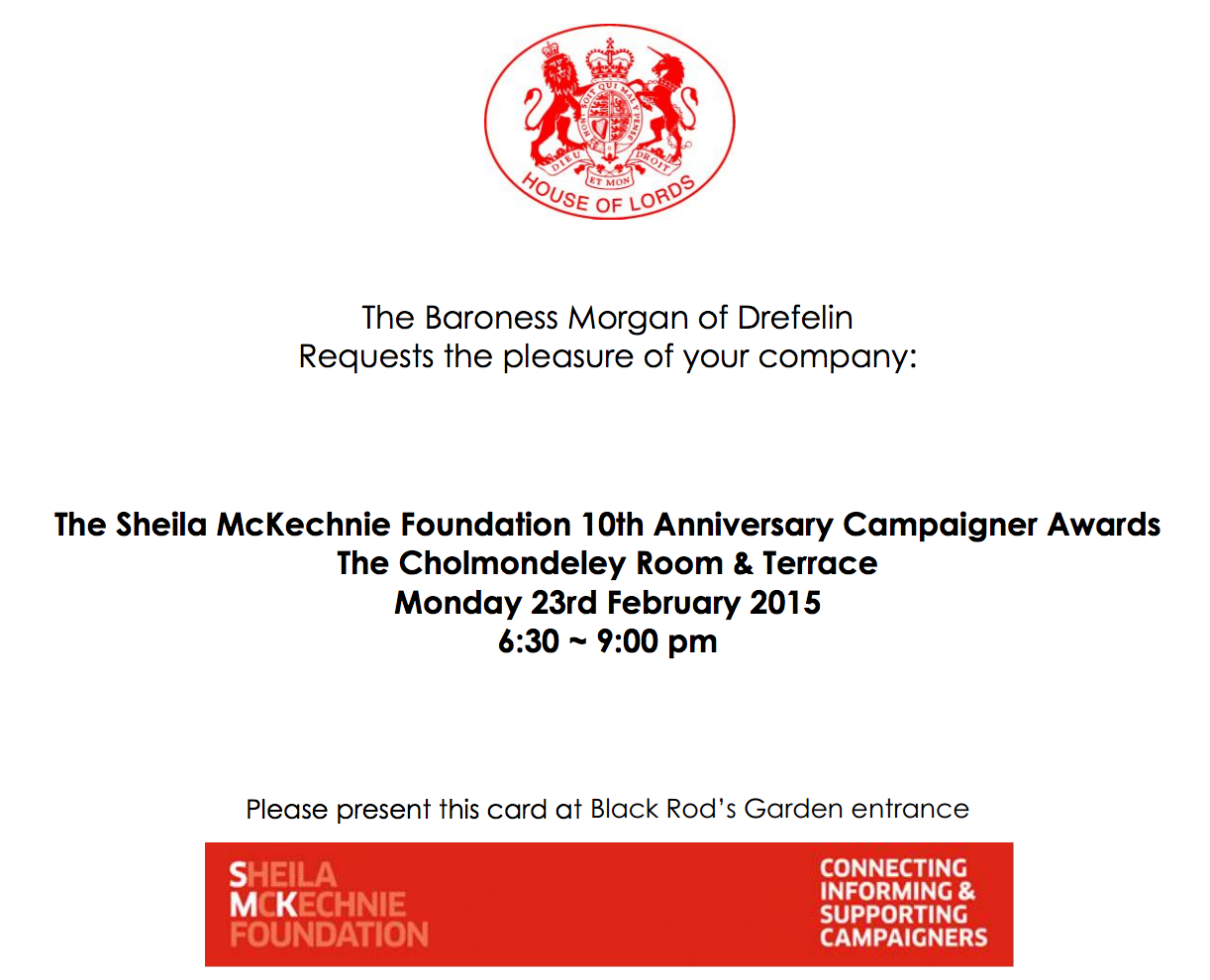 I have to say that such an invitation is, in itself, not unusual; I do hang around Westminster quite a lot.

But I do admit I was pleased and honoured to be presented with the Economic Campaigner of the Year award by the Sheila McKechnie Foundation.

I have no idea who nominated me, or who chose me, but thanks anyway. In the campaigning world this is a bit like getting an Oscar.

This is, approximately, what I said when accepting the award, having offered my thanks:

I am, to some extent, an accidental campaigner. From senior partner of a firm of chartered accountants to this evening is not an obvious career progression. But, when twelve or so years ago John Christensen and I decided to campaign on tax, which no one had done before, we had to work out how to make tax sexy. We decided the way to do it was to put large companies using tax havens on the front page of newspapers. Short of funding us we have had some amazing corporate partners in our work. Google, Amazon, Starbucks, and now HSBC, could not have done much more than they have to help promote our campaign.

But the work needs to go on. If the UK tax gap is £120 billion a year, as I think it is, and less than £15 billion of that relates to tax havens and large company tax avoidance then there are a massive range of other abuses we still need to highlight and address. And think what could be achieved if we did collect that money. We would not face the austerity so many other campaigners here tonight are struggling with.

The key word there is 'think'. We have had amazing campaign partners - ActionAid, Christian Aid, Oxfam, 38 Degrees and others - but my job and that of some others is to spend time working on the detailed demands that in the end translate into mass campaigns.  I have been lucky to be funded by the Joseph Rowntree Charitable Trust and others but if I can make a quiet plea to funders it is to remember how important it is to support people who need to look out of the window and dream that a better world is possible.

This campaign has not been won yet. There is still so much to do. I have promised my wife I might retire one day. I do not think she believes me.

And let me also note that in practical terms the award means I get to do a bit of support for the Sheila McKechnie Foundation's work, which I will be pleased to do.