I have already mentioned the risk in double taxation today and I am going to do so again.

Having mentioned the risks inherent in the government's proposed Diverted Profits Tax this morning this arrived in my inbox at lunchtime relating to this tax: 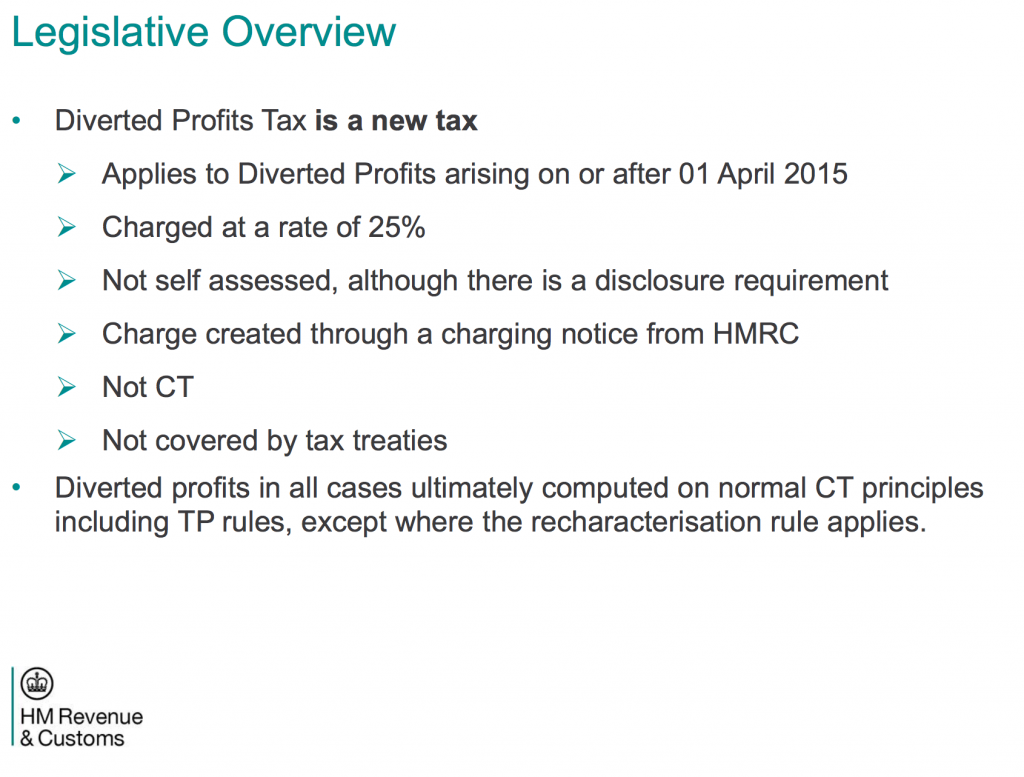 The sting is in the last two bullet point. This is not corporation tax and it is not covered by tax treaties so there is no credit anywhere else for tax paid here.

Now, it could be argued that there is good reason for that: the aim of DPT is to make sure no one pays it and does instead pay appropriate corporation tax instead. I get that point. But it would have been so much better to have achieved the goal with a proper general anti-avoidance principle. Or to wait for BEPS to conclude.

As it is we have a whole new tax and a mess, from a Conservative chancellor.

Remember that if they ever accuse Labour (0r anyone else) of doing something similar.