I know it has been said I have called seven of the last three stock exchange downturns and I am, it is true, generally bearish, but this looks like trouble to me: 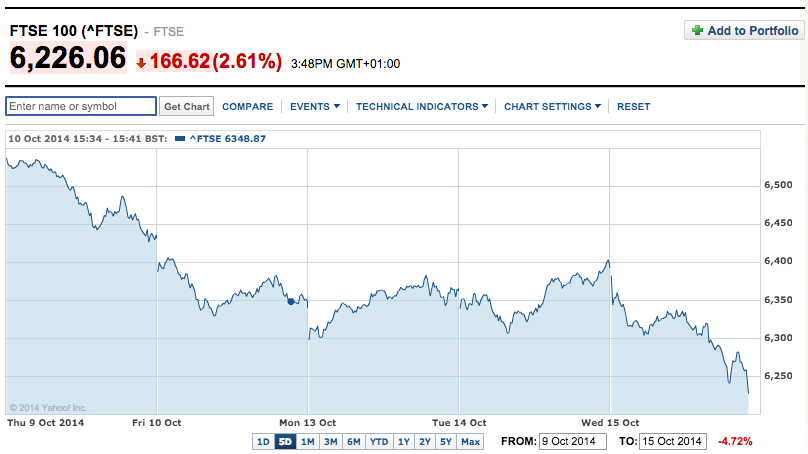 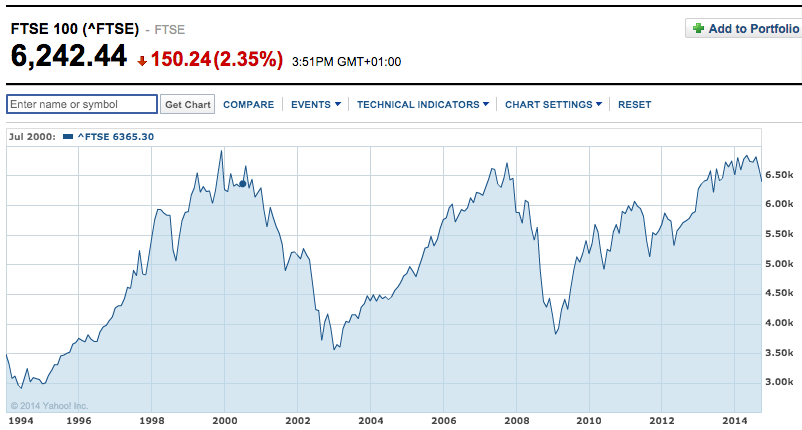 It's always hat the market tries to get to 7,000, and fails, and then begins to fall back heavily.

Why this time? German recession, weakness elsewhere, failed economic policies, deflation likely meaning a real risk of increasing bad debts, banks about to fail stress tests (I suspect) and a raft of evidence that we have simply done nothing to get rid of the failed thinking of 2007 and there's every reason to think another financial market crash is just around the corner.

Of course, as a result government borrowing rates are tumbling so that the cost of government investment is minuscule in real terms, meaning that the way out of this crisis is obvious to anyone with eyes wide open.

But we wouldn't be here if people had possessed that quality over the last five years.