Inequality is rising. That’s the fact. Now we need to change that.

There have in recent times been shrill voices across the right wing of the UK saying that the claims that I, and others, have made that inequality is rising were wrong because ONS data did not show it.

Now I know I am a day late in saying this, but that all changed yesterday. In their briefing on The Effects of Taxes and Benefits on Household Income, 2012/13, issued yesterday, the ONS showed that in 2012/13 the UK Gini coefficient - the most common indicator of inequality - rose sharply in that year: 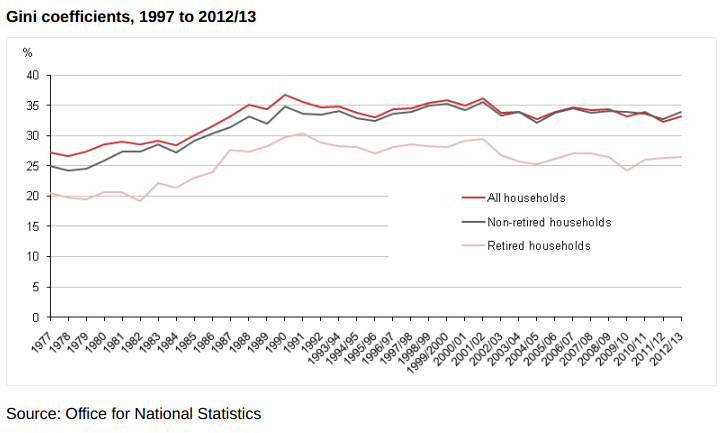 That is worrying. So is this graph: 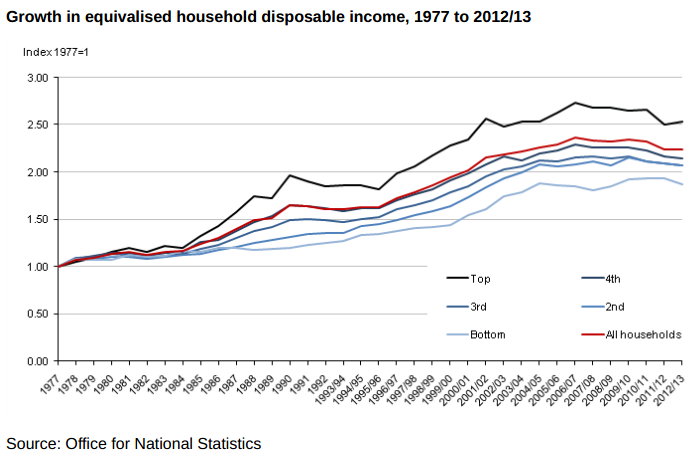 From 1984 onwards - exactly the year when top rates of UK income tax were cut from 60% to 40% - the richest in the UK have got steadily richer at the expense of all others. That reversed slightly in the current recession, but now the trend is resuming. Very worryingly, the bottom 20% are now getting worse off at what likes like the strongest trend rate ever. That is a new phenomena.

And then there is this (from the Guardian, using this data): 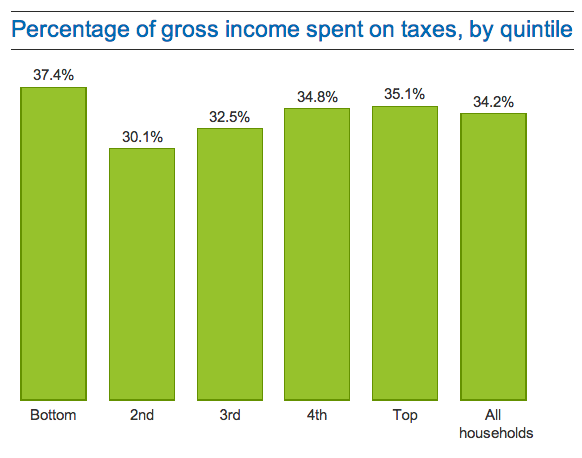 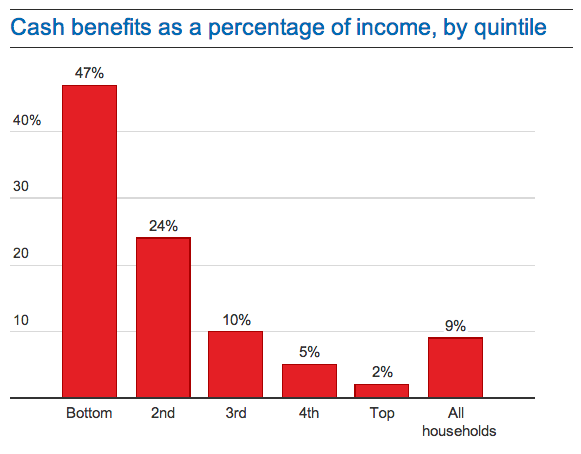 What these two graphs in combination say is that redistribution happens, undoubtedly, but only because of the impact of the benefits system. Those benefits are under attack. That will very clearly, and deliberately, continue to increase inequality.

That is the wrong direction of travel for this society because there are far too many people in absolute poverty in the Uk and for too many more in relative poverty.

That is what motivates my work, and it is now unambiguously clear that that policies of this government have made this situation worse. There's much still to do then. We need to change this direction of travel. The proposals I make here all have that purpose in mind.