The Resolution Foundation produced a new report yesterday entitled 'The State of Living Standards'. This post is in no sense meant to be a  review of a complex report, more a sign post as to its existence.

That said, this graphic from it is telling: 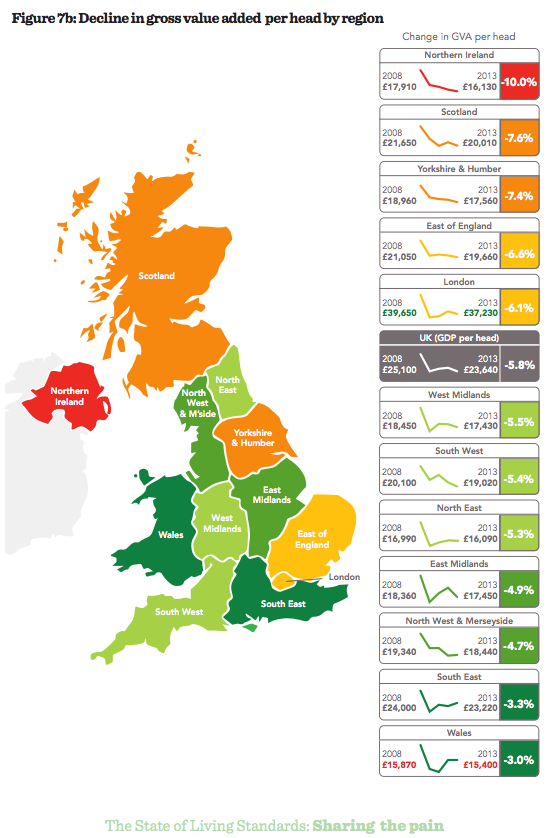 And don't think they believe things will get better. As they say, the report:

finds that growth in disposable income for the typical household is likely to be modest, barely positive in 2015-16 and less than one per cent a year for each of the following three years. As a result, despite improving, typical living standards will still be 3.5 per cent lower in 2018-19 than they were before the financial crisis of 2008, only just inching above the level they were last at in 2005-06.

I have a feeling they're being optimistic; indeed they suggest that themselves within the report, admitting that they have chosen forecasting methods that might incline that way. And this is still the outcome.