How long before interest rates are on the march upwards?

This morning's unemployment data brings news that the rate has fallen to 7.4%.

The morning's other output from the ONS includes an update on economic forecasts for the 2013 out-turn and for 2014. This is summarised as follows: 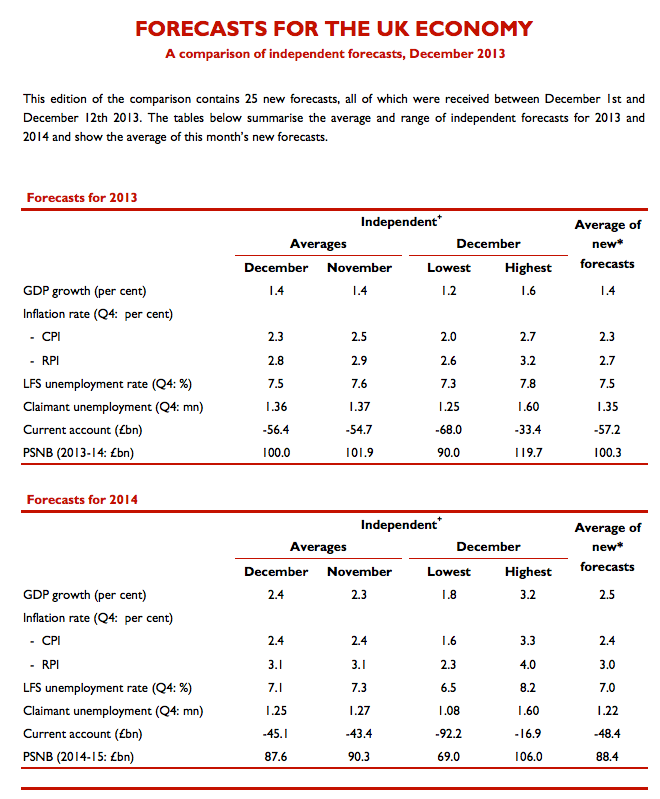 Note that the average unemployment forecast was 7.5% for 2013: that is already being beaten and will obviously be so by the year's end.

The note that next year the average forecast is 7.0%. That looks high now.

And recall that the Bank of England say they will review rates when unemployment reaches 7.0% - likely to be in 2014 now.

And then realise just what bad news this fall in unemployment might be for Osborne. An increase in mortgage rates would tip the balance on the cost of living for millions more UK households.

I want unemployment to fall. I want Osborne to face the consequences of his policies too. And the sooner the better.