To whoever my 20,000th Twitter follower was – thank you 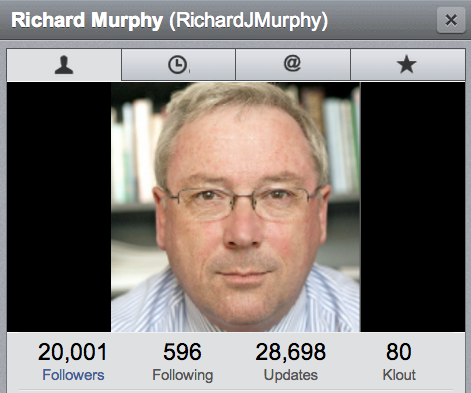 I have gone over 20,000 Twitter followers. Thanks to whoever tipped me over.

It wouldn't matter much except for reasons hard to ow recall I have a wager with Danny Blanchflower on which of us will be first to 30,000. He's already more than 500 ahead.

There is also a serious point to this: I do use Twitter to comment on a lot more stuff than I do on the blog. If you want to follow @richardjmurphy please do!