Austerity is a con: the failings of capitalism have been hijacked to attack social security

Luke Thomas, a cancer research scientist with a fascination for stats and a social conscience, has given me permission to reproduce this blog:

From 2008 to 2009 the world's economies suffered an unprecedented recession whose effects are still being keenly felt in most countries. The shock-waves of this recession have informed and dominated the political debate for half a decade, and will likely do so for a decade or two more.

In the UK, and in many other countries, a prominent response to the contraction of growth has been to introduce massive cuts in public spending - a fiscal strategy known as austerity. In the UK, the ruling coalition government aim to reduce public spending to its lowest level for 70 years, primarily by decimating welfare spending for the country's poorest and most vulnerable.

The argument runs that welfare spending has for many years been extravagant, it was and is unsupportable, and has been a (if not the) primary cause of the economic recession. Austerity is given as the self-evident remedy for this situation. 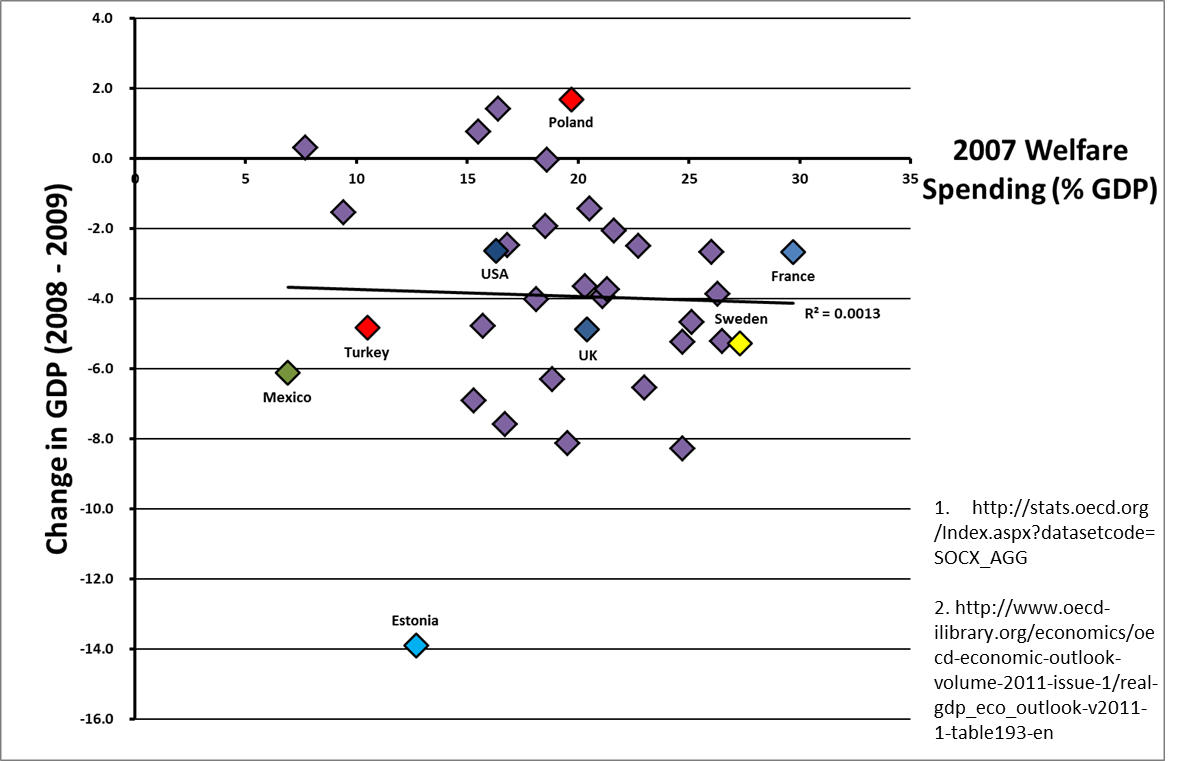 Estonia had about half the welfare burden of the UK in 2007, but suffered a recession almost three times greater, while Poland's welfare burden was almost equivalent to the UK but their economy continued to grow.

The welfare bill was not, and is not the problem. Austerity is a con - a political and an ideological cipher. The failings of capitalism have been hijacked to attack social security, and the poison of this lie has already run deep into the national psyche.

I've just added the same kind of analysis but looking at financial liabilities data. As you can see there is also no correlation between a country's debt as a % of GDP and the depth of recession they suffered: 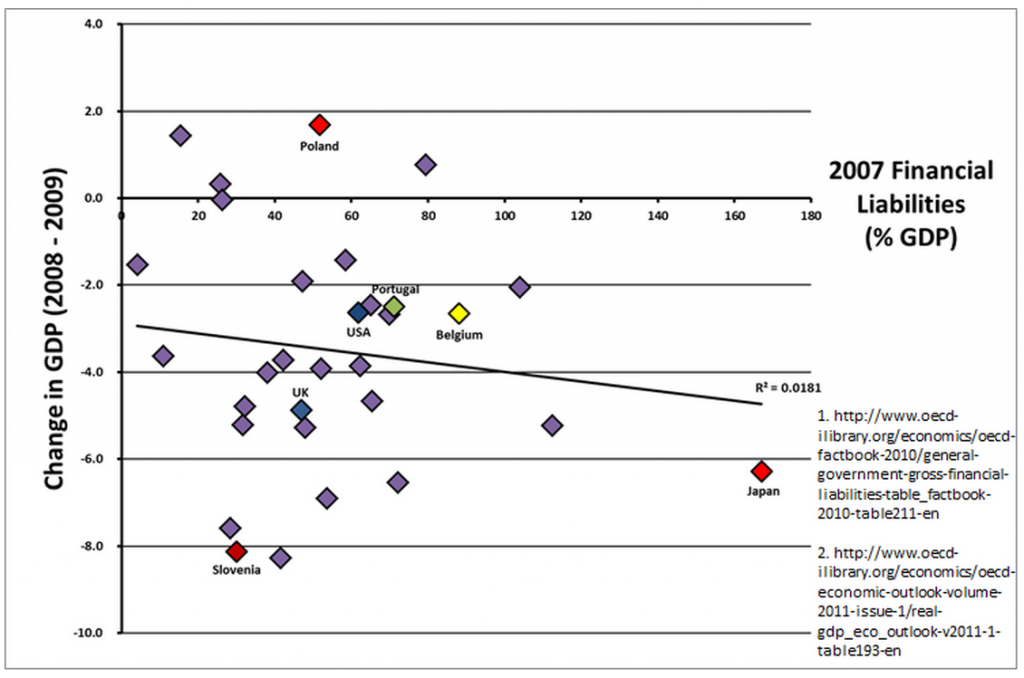