I wrote a few days ago about Action Aid's new campaign demanding that Barclays clean up its act in Africa. Because this is not a scandal based campaign and rather more a systemic one I was curious about the follow up, which I've had a look at.

In some senses the reaction was disappointing: without a 'scandal' coverage was lower than for many such launches. The Guardian covered the issue though and what was particularly notable there was Barclays' response. As they reported:

A Barclays spokesman said: "Barclays shares ActionAid's objective that companies and individuals pay the right amount of tax in each country where they do business. While we appreciate ActionAid's concern in this matter, we do not believe that their interpretation of some of the facts is correct. Barclays does not encourage businesses to set up in any particular jurisdiction and we also ensure that tax planning undertaken by Barclays, including that undertaken for clients, complies with our published Tax Principles. As such, tax planning must support genuine commercial activity and be of a type that the tax authorities would expect, amongst other requirements. This applies equally to activity in Mauritius as it does to the remainder of Barclays' operations."

In short then, they said (and I made this bit up):

ActionAid UK doesn’t know what it’s talking about because:

(i) we don’t encourage businesses to set up in any particular jurisdiction; and

(ii) whatever it is that ActionAid is banging on about we have already addressed — whenever and wherever we advise on tax planning we comply with our published tax principles — which we are rather proud of, thanks very much.

I have to say that seems straightforwardly wrong to me. Let's look at the first one. I happen to have a copy of a brochure that seems to have, rather oddly, disappeared from the Barclays web site. The message from this is pretty clear: 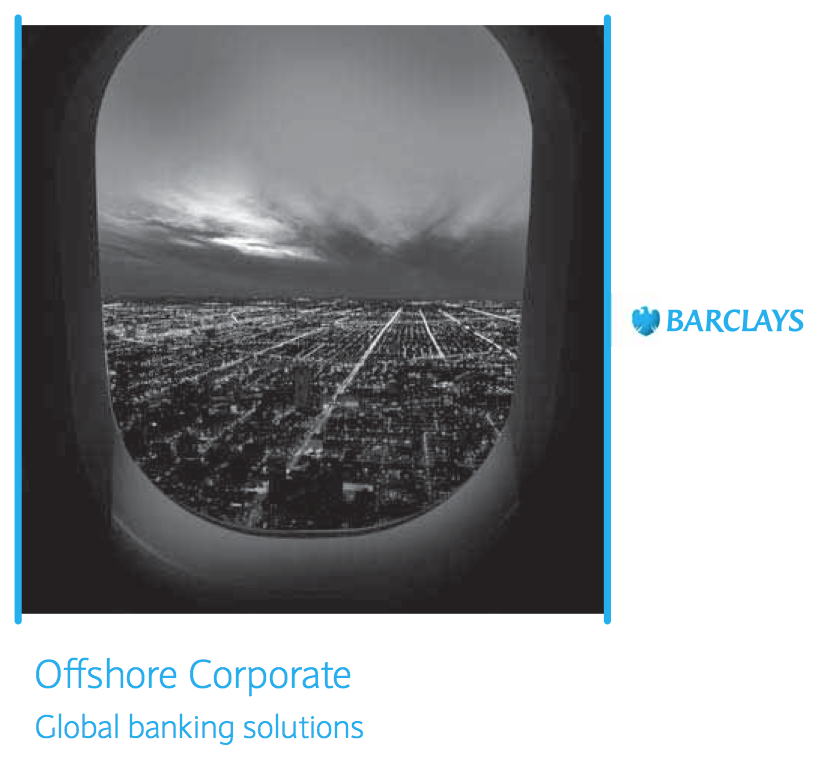 Whether for legal, trading or tax planning reasons, you know that your business can benefit by operating offshore. You also know that it pays to have expert assistance in planning your offshore activities. So it makes sense to look for a partner who can contribute serious specialist resource and offshore presence, while sharing your own global perspective.

Offshore Corporate solutions is set up to match your needs. We offer you a service we believe to be globally unrivalled in its combination of expertise, choice, and high-level of relationship support.

Respectfully, that does not look like Barclays are neutral on this issue. Just as they aren't on the subject of Mauritius - the focus of Action Aid's concern, where they say:

Barclays Mauritius - International Banking caters for the banking needs of international non-resident entities and individuals, whose primary economic interests are outside Mauritius.

That's classic tax haven activity of exactly the sort I and so many others, Action Aid included, have spent a decade opposing.

And as that brochure that's disappeared from the web put it:

With its acclaimed political stability and economic resilience, Mauritius is the offshore financial centre of choice for India and the Sub-Saharan region. Thanks to its strategic location both in terms of time zone and geography, Mauritius is the experienced and established gateway for investment into Africa and Asia.

If that's not promotion, I'm not sure what is.

So what of the second claim - that Barclays are complying with their own tax principles - which I looked at here. Number one of those is that Barclays must support genuine commercial activity with its advise.  There is quite simply no way on earth that this can be reconciled with an entire operation dedicated to "the banking needs of international non-resident entities and individuals, whose primary economic interests are outside Mauritius." Sorry - that's not supporting real commercial activity, that's supporting a veneer that has been created solely for tax planning purposes. And that's the exact opposite of what Barclays ays it will do. Which is a second fail.

Barclays has a lot more to do to justify what it is doing in Mauritius because right now it looks like straightforward tax abuse to me - and Action Aid.