Why it’s worth blogging about Jersey – or anything else

I am often asked why it is worth blogging. I do it to change debate, to challenge the hegemony of thinking that dominates our public life and media and to pose as a result questions that would otherwise not get aired.

This BBC news report from Jersey, yesterday, is illustration of that: 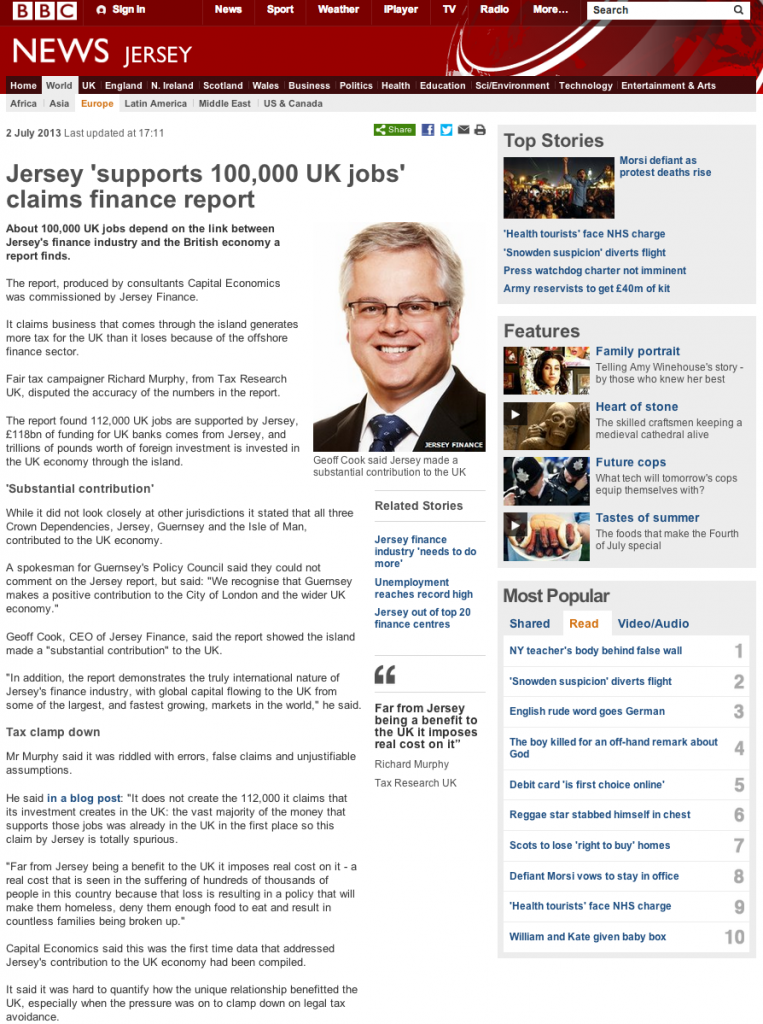 Substantial parts of that report come from what was said on this blog yesterday, meaning that the perception of Jersey's new claims will have been challenged within Jersey itself as a result.

That new report from Jersey was, as the BBC notes, in  my opinion riddled with errors, false assumptions and as a result spurious claims. Philip Ozouf, Jersey's finance minister, claimed otherwise. He said of the report that:

The report powerfully quantifies the symbiotic relationship between the City of London and Jersey. It’s a game changing report to the debate we have seen over recent years.

By blogging yesterday the BBC got the alternative view.

The Tax Justice Network also achieved that result. Their blog on the report is here. And the FT picked up on it here. That, at least in part, is why we blog, to hold those making spurious claims to account.