The UK can block Jersey’s FATCA deal if it wishes, and there’s nothing Jersey can do about it

Last November I helped expose the fact that the UK was demanding that the Crown Dependencies grant it full automatic information exchange as a condition of agreeing to each of the Isle of Man, Jersey and Guernsey entering into deals with the USA on the Foreign Accountants Tax Compliance Act (FATCA).

The Isle of Man has now agreed to the UK's demands. Jersey and Guernsey have said now, which gave rise to the follwoing question and answer being asked in the States of Jersey yesterday: 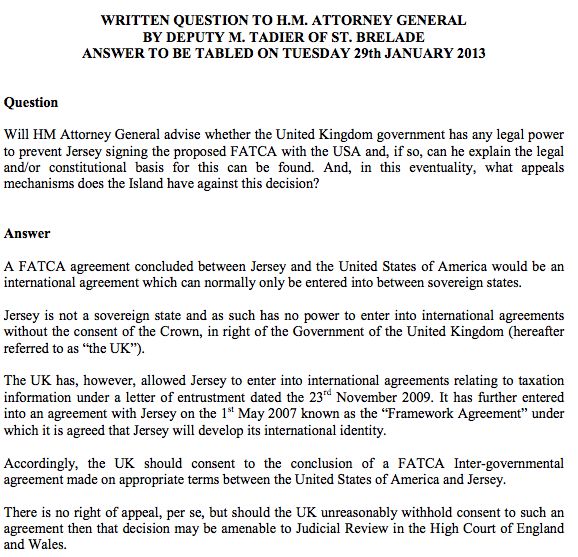 Three things are obvious. When the UK threatened it did so knowing it could. Jersey has no negotiating position in response. And therefore further change in their position seems very likely. All of which can only be described as good news.