Why not make country-by-country reporting a condition of public contracting? It’s the only way to prove you’ve paid your tax

I've already noted today that its been announced that tax payment is going to be built into the criteria for selection for government contracts in future. I welcome that.

KPMG have also noticed this, saying in a press release today:

So what does this "tax transparency" mean? It's an issue I will be discussing over coming weeks. but the simplest and clearest statement yet created on tax transparency comes from my design for country-by-country reporting. In this the following information has to be put on public record as part of an audited set of accounts: 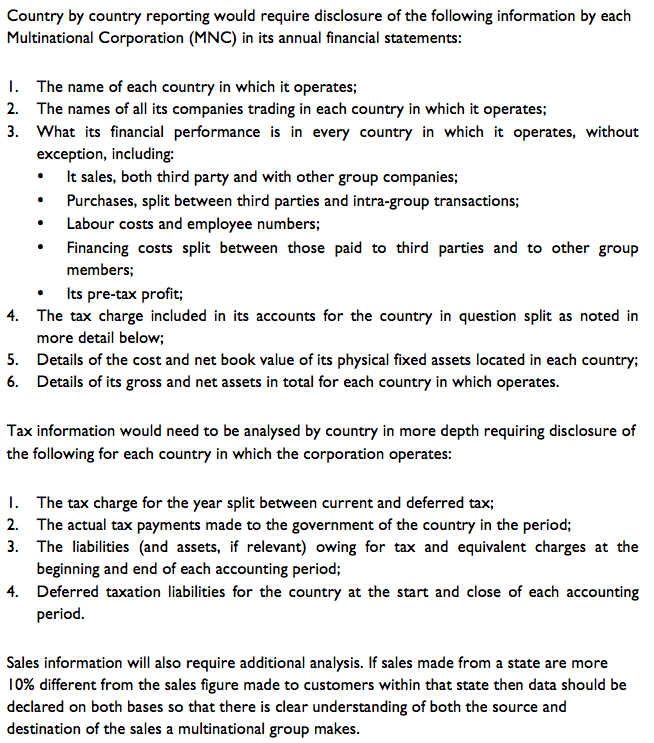 Do this and it's clear tax is being paid in the right place at the right time.

Anything less is sticking a finger in the air and hoping. Now, will they go for the real thing and say it's country-by-country reporting or no contract? I rather hope so.