Does this graph make clear George Osborne’s lack of confidence in the UK economy?

Let me suggest something. It's just an idea. I can't prove it right or wrong. Nor can it, for that matter be disproved. But the suggestion I want to make is that a country's corporation tax rate might be inversely correlated to its confidence in the offering it has to make to those companies who want to locate their businesses in its jurisdiction.

In that case look at this graph from the autumn statement on where the UK will be compared to other countries: 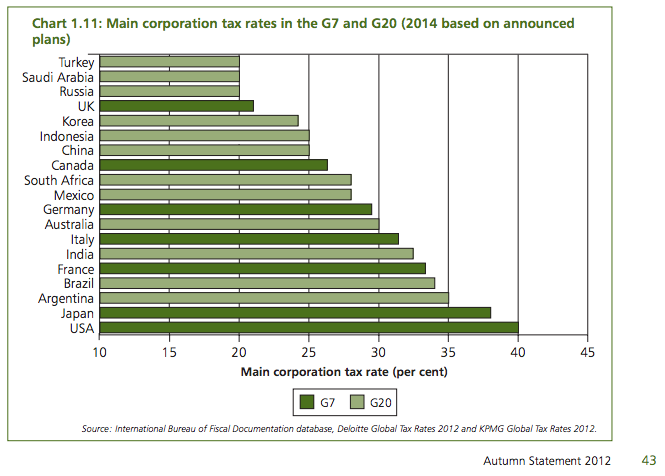 I call that a vote of no confidence by George Osborne in the UK. We're in the wrong company. But maybe that's because he thinks we can't compete with the eilte. If so, that's worrying.