The Telegraph have run a bizarre story today that restates something so well known it has not been news for a considerable period. They say:

This number fell to just 6,000 after Gordon Brown introduced the new 50p top rate of income tax shortly before the last general election.

The figures have been seized upon by the Conservatives to claim that increasing the highest rate of tax actually led to a loss in revenues for the Government.

It is believed that rich Britons moved abroad or took steps to avoid paying the new levy by reducing their taxable incomes.

The stats on which they base this are here. For the record they're also here (click for a bigger version:): 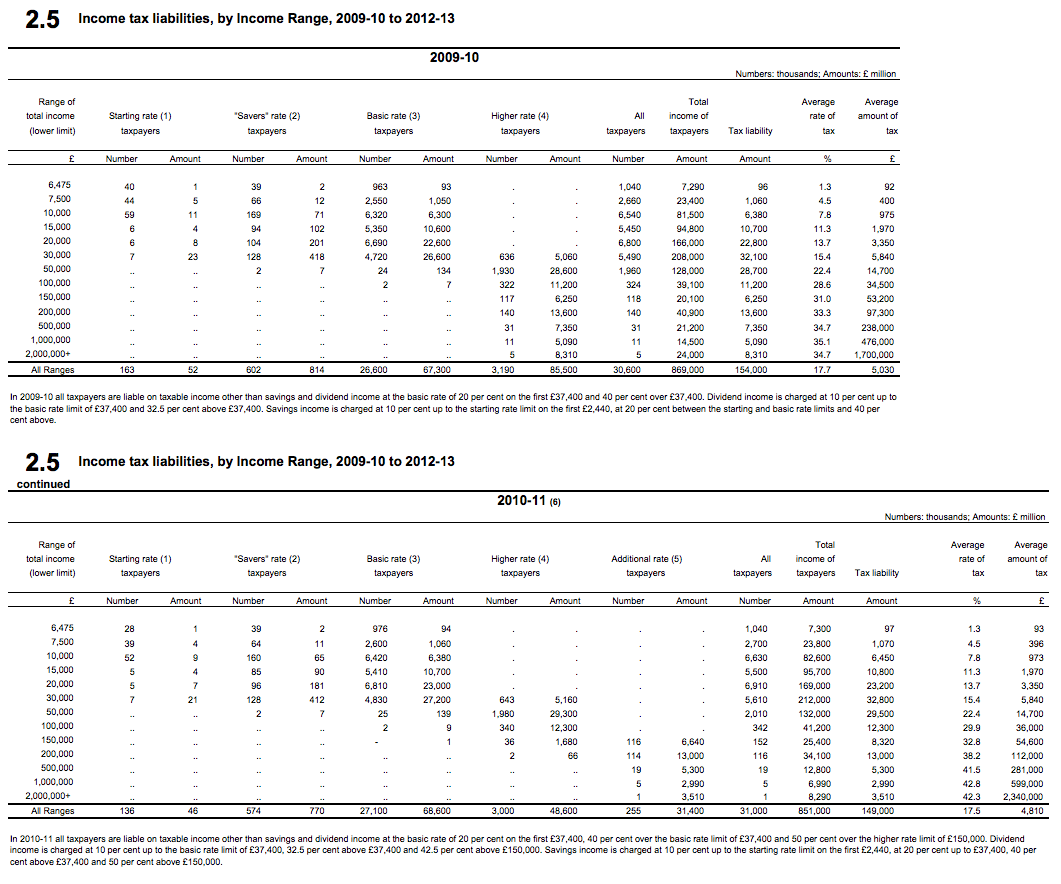 You will note that there were indeed, based on this data, 16,000 people with more than a million of income in 2009-10. And there were just 6,000 a year later. But that was because, as Faisal Islam of Channel 4 News best reported in March this year, it was by then known that something like £18 billion of income was 'forestalled' from 2010-11 unto 2009-10 to avoid the 50p income tax rate. That meant income was simply shifted from the later year into the earlier year to get round the additional tax charge.

So there was actually an increase in income in 2010-11 for those earning over £150,000 but for a massive and one off exercise in tax avoidance. And there was no impact at all of people leaving the country.

And the Telegraph story is utterly bogus.

And the claim that there was a Laffer effect is also completely bogus.

The right wing economists claiming this is some massive proof that tax drives people out of the country or discourages work need to think again. All it shows is that people tax avoid. And that is something I have said, for a long time.