I was given a bag with the following on it after my talk in Frome last night. The bag was , apparently, produced locally and seems to correctly reflect the sentiment of some (maybe many) in the town: 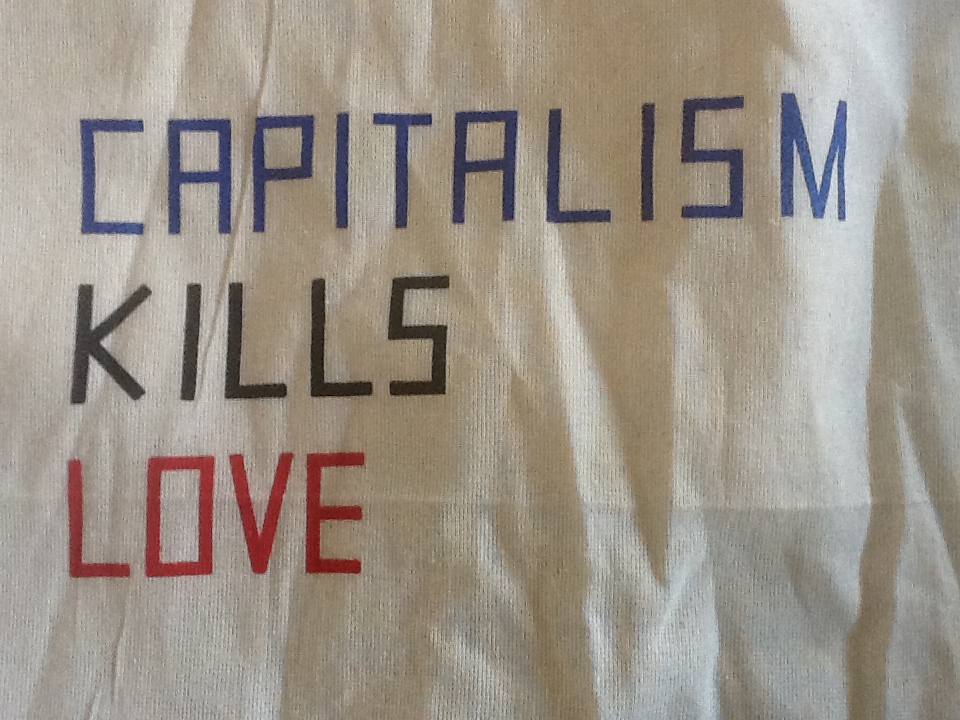 We had a really good discussion about what capitalism was during the evening. I have to say in my version of capitalism - where it is accountable, regulated and works in partnership with government in a truly mixed economy as described in the Courageous State (see right) then capitalism would not kill love.

But this morning David Cameron is apparently set on another £25 billion of benefit cuts. That's not just killing love. That will, quite literally, kill people.

In which case the person who designed the bag may well be right.

Either way, my thanks to those who organised and took part in a great debate last night.