This is not, of course, the regime I said would fail: they had to amend it time and again over the last six years as time and again the EU ruled I was right on zero - ten and Jersey was wrong, but crowing they are none the less:

THE road leading to the approval of the Island’s zero-ten business tax system has been long and occasionally rough. It has also been lined with commentators eager to insist that the formula would fail to meet criteria of acceptability set by the European Union.

Finally, however, the EU has confirmed that zero-ten now meets the requirements of the code of conduct designed to stamp out harmful tax practices and the critics have been confounded.

Except we're not confounded: very far from it. Although I raised one last doubt about this latest version it was clear Jersey was likely after changing the scheme so many time going to get it through. And the victory for Jersey is pyrrhic. As Deputy Geoff Southern of Jersey has noted, the cut in corporate taxes that zero-ten delivers is at cost to the ordinary people of Jersey. As his amendment to the revcent Jersey Budget said: 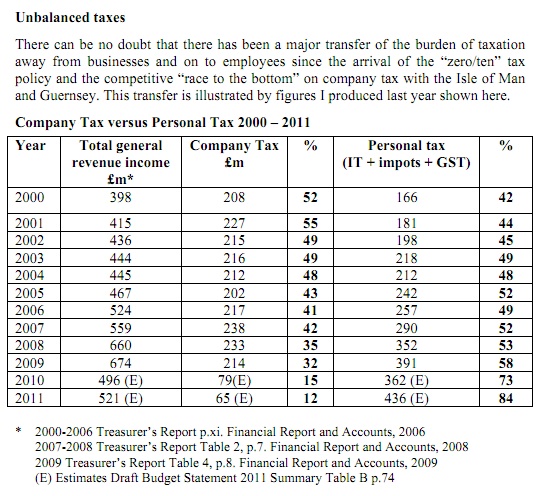 So what the Jersey Evening Post and the elite of Jersey are celebrating are their ability to exploit the people of Jersey to support the finance industry and the tax cheats from other countries that they serve.

And I'll conclude with a quote from Simon Jenkins, who is no left winger, in the Guardian today:

Osborne is the scourge of public sector unions and condemns tax avoidance, yet he refuses to end the scandal of crown tax havens, from Jersey to the Caymans, that enjoy the benefits of British citizenship while enabling individuals and corporations to evade British tax.

What's been the success of the campaign against Jersey? To make people like Jenkins realise what a sordid, nasty place it is run be people who are dedicated to destroying democracy and the well being of people around the world.

And we've won. Confounded? Not at all. But Jersey will be when, as I've said so many times before, it runs out of money as its zero-ten policy leads to its economic ruin because the model Jersey's pursuing now is utterly unsustainable.