I’ve already suggested today that there’s pretty strong evidence that living in a state which has a high overall level of tax is likely to increase your prospects of enjoying a high level of income.

Paul Krugman noticed another association a while ago:

Here’s a rough-cut version. The blue line, left scale, shows median family income in 2008 dollars; the red line, right scale, shows the top marginal tax rate, a rough indicator of the overall stance of policy. Basically, US postwar economic history falls into two parts: an era of high taxes on the rich and extensive regulation, during which living standards experienced extraordinary growth; and an era of low taxes on the rich and deregulation, during which living standards for most Americans rose fitfully at best. 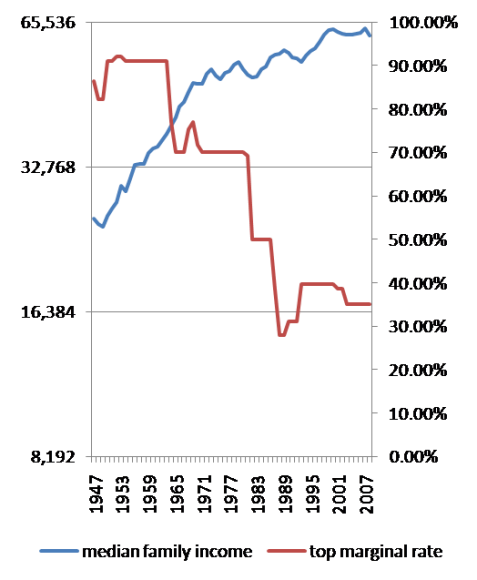 Odd how the right deny it.