If you wonder why I and my colleagues argue for tax reform to benefit the poorest people in the world look at this picture: 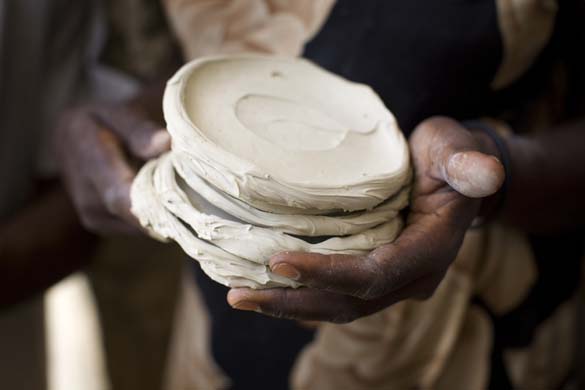 That might, just, look like a meringue. It could look like a poorly made clay pot. It isn't either: those are mud cakes. As the Guardian has reported today:

In Cit?© Soleil, one of Port-au-Prince's worst slums, making clay-based food is a major income earner. Mud cakes are the only inflation-proof food available to Haiti's poor.

Brittle and gritty - and as revolting as they sound - [mud cakes aren't eaten] for the taste and nutrition - smidgins of salt and margarine do not disguise what is essentially dirt, and the Guardian can testify that the aftertaste lingers - but because they are the cheapest and increasingly only way to fill bellies.

"It stops the hunger," said Marie-Carmelle Baptiste, 35, a producer, eyeing up her stock laid out in rows. She did not embroider their appeal. "You eat them when you have to."

These days many people have to. The global food and fuel crisis has hit Haiti harder than perhaps any other country, pushing a population mired in extreme poverty towards starvation and revolt.

The UN's Food and Agriculture Organisation predicts Haiti's food import bill will leap 80% this year, the fastest in the world.

According to the UN, two-thirds of Haitians live on less than 50p a day and half are undernourished.

And I know that the Right will say this is all the consequence of corruption and political instability. But that corruption could not happen without tax havens.

This is the reality, and tax havens directly contribute. It's sickening to me. It's life and death in Haiti.

There's one further point to add: people can't leave because, as the report says:

The only thing stopping an exodus are US coastguard patrols, said Herman Janvier, 30, a fishermen on Cap Haitian, a smuggling point. "People want out of here. It's like we're almost dead people."