Having just pondered upon what the purpose of this blog might be in 2018, a near perfect suggestion came along, pretty much fully formed. This exchange took place on the blog over the last few hours of yesterday: 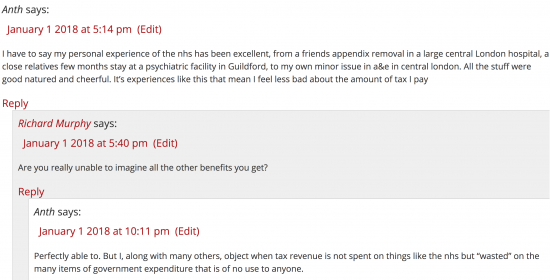 The suggestion that comes from that is, of course, that the blog does at least in part exist to provide responses to the ill-informed comments too commonly heard in public debate on tax, economics and the role of government of the type Anth has made.

Let me offer some facts. This is what the UK government will spend its money on in 2017/18: 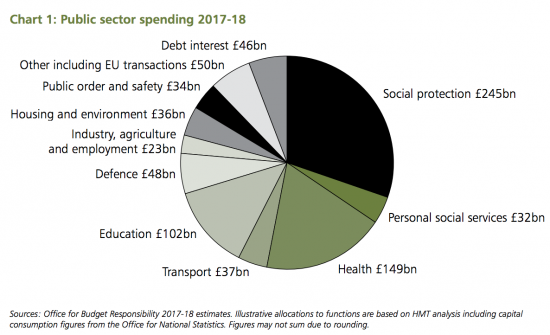 Now Anth, tell us what's wasted and of no use to anyone in there, and how much you expect to save as a result?

And do remember that you don't pay for any of that spending anyway. That spend comes to £802bn, but revenue looks like this: 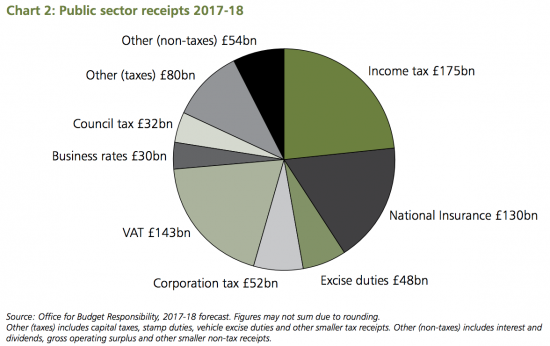 That comes to £744bn. So even if you find savings in the first chart there is no way that they will necessarily reduce your tax bill because (as I have long argued) tax does not actually fund government spending. That's paid for by (metaphorically) printing more of these: 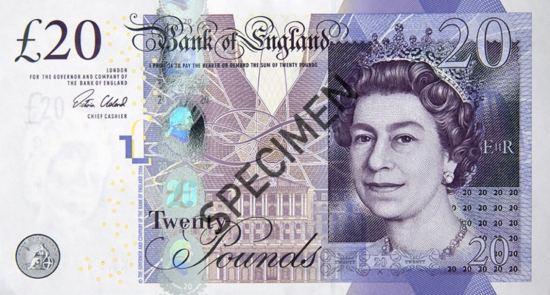 The promise to pay printed on there is fulfilled by accepting such money in settlement of your tax bill, which only exists precisely because the government spent in the first place and has to tax some, all, and on occasion even more than that spending back only because if it did not there would be inflation. Its decision on how much to tax to control inflation then leaves a surplus, balanced budget or deficit, but it does not mean tax pays for the spend: that's paid for by the Bank of England extending the government credit against its promise to pay, in exactly the same way as all other money for spending is created.

So, given these facts Anth, what spending would you cut, and why, and what would the effect on tax be?

I'm curious to know. So are others. Please tell.