This is from Gabriel Zucman's latest work: 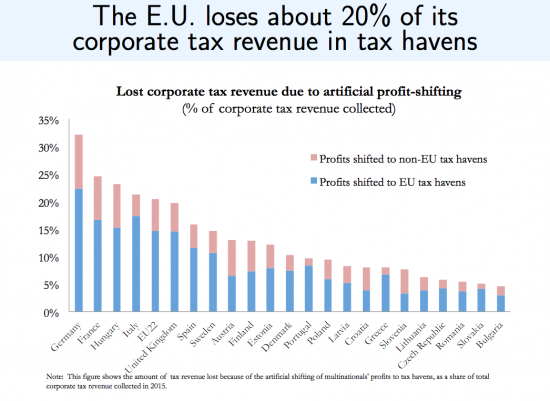 The UK is losing over 20% of all corporate profits that should be subject to tax before they ever get near the tax system if this data is right (and Zucman tends to understate things in my opinion).

Now look at this table: 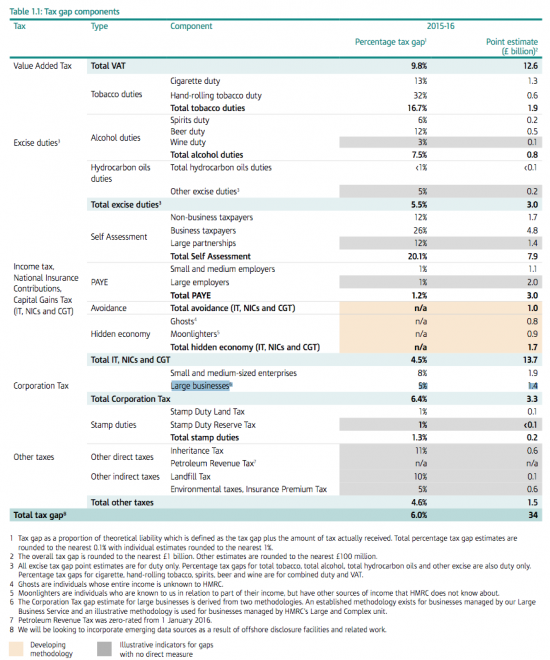 That is the summary of the latest HMRC tax gap data. I have highlighted the large business line in blue: they're the ones who, by definition will be shifting profits out of the country.

HMRC say the gap by these businesses is 5%. So, you could argue that using the Zucman data HMRC are 15% short. But I would argue that the 5% is based on the profits stated after the shifting Zucman has recorded has taken place. HMRC do not recognise profit shifting as tax avoidance: they have persistently said so. In that case extrapolating their data, if the 5% loss is stated out of 80% of the total (i.e. the sum net of Zucman's 20%) then it's 4% of the real total, meaning that the tax gap Zucman might be identifying is worth at least five times as much, or £7 billion a year on top of the £1.4 billion HMRC already recognise.

Some obvious thoughts follow. The first is why is HMRC in denial on this?

The second is that if one tax gap is wrong by a factor of five how much are the others out by?

Third, if they're out by anything like the same amount why isn't this creating more of an issue?

And why, in that case, isn't HMRC's failure to get something so basic right the cause for censure in its own right?

And why isn't action to recover this sum resulting?

NB Zucman says it is more