Time for a CGT hike and an investment income surcharge to tackle a booming stock exchange? 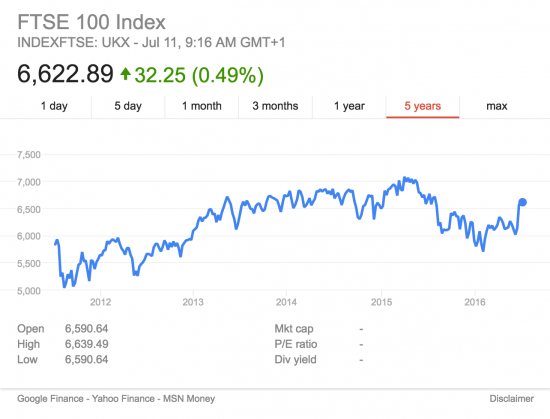 Why is that? Three things.

An expectation that rates will fall again, soon.

And the hope that there is more QE to come.

In other words some are gaining in the short-term because the government is having to deal with  a looming economic crisis.

What is the solution? There are three.

The first is to increase the capital gains tax rate, which is now, quite ludicrously, as low as 10% for those who are basic rate taxpayers and only 20% on gains arising on shares for those who are higher rate income tax payers. I prefer alignment with income tax rates. If that is unacceptable the rate must be at least 75% of that due on equivalent income.

Second,  short-term share-trading should be deemed to be just that i.e.  trading,  and therefore be subject to income tax in full.

Third,  all income from unearned sources should be subject to an investment income surcharge. I suggest that this  should be charged at the rate of at least 15% on all unearned income exceeding £2,000 in a year  unless the person was retired when rather more finessing would be required.

Unearned income for these purposes would include dividends, interest,  rents and equivalent sums.

If income was artificially converted into gains to try to avoid this surcharge then heavy penalty should be due.

This charge is needed because  at present the UK tax system is extremely unjust.  Those who work for a living  do, because of the imposition of national insurance,  pay much higher overall rates of tax than those who can live off unearned income.  An investment income surcharge would help create a level playing field to correct this anomaly. And, because  those paying it  would, by definition, have savings it is very unlikely that the additional tax due would have any impact on the overall level of consumption in the UK economy,  meaning there would be very few economic downsides at this time.

A wise Chancellor would be announcing these things now now to be introduced from a specific date, without waiting for the start of a new tax year, as would be possible.

But we do not have a wise Chancellor. We would not have a 10%  capital gains tax rate if we did.