It has been widely reported that the EU is to prepare a new official list of tax havens. This, no doubt, will be linked to the absurd suggestion that EU public country-by-country reporting will be for all EU states plus tax havens.

There are three problems. First this may deny that there are a cluster of EU tax havens. The UK, the Netherlands, Luxembourg, Ireland, Austria, Malta, Cyprus, Austria and Belgium would all have to be considered for starters.

Second, without doubt near the top of any tax haven list should be the USA. It now provides more secrecy than almost any other country and is persistently refusing to engage in any meaningful automatic information exchange with other countries. But you can be sure the EU won't name it which will make its blacklist a joke.

Third if the EU was serious it would make the Tax Justice Network Financial Secrecy Index its tax have listing. This is rigorous, objective and thoroughly researched. Now I should declare I was the director of the first iteration of this work but since 2009 have had no significant involvement. And this is what it shows: 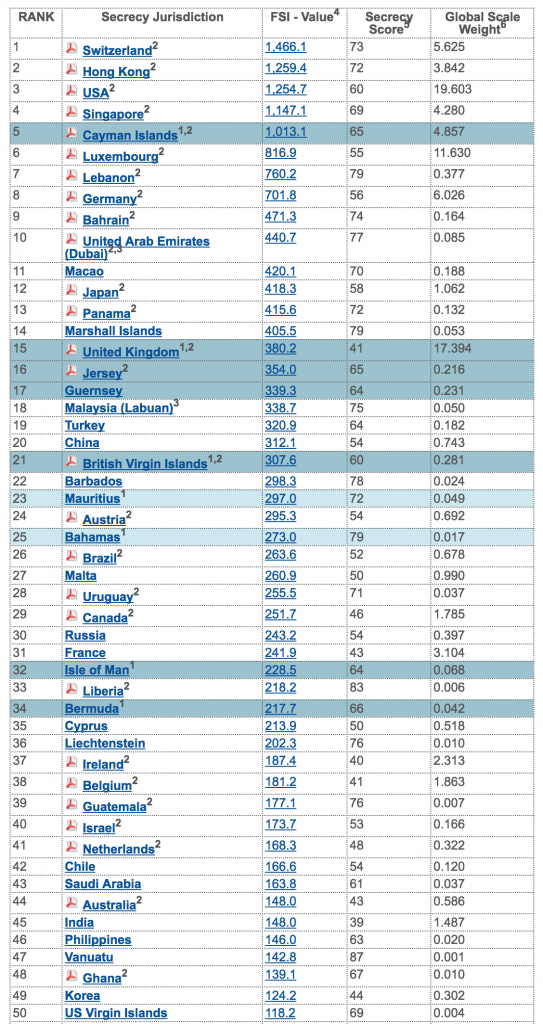 I personally prefer the secrecy measure to the overall result but however looked at this is the objective basis for EU action.