Today at the PAC Conference

The House of Commons Public Accounts Committee is holding what is, I think, the first ever conference staged by such a committee today, looking, almost inevitably, at tax and its reform.

There is a wide panel of speakers schedule for the day. I am taking part in a debate this morning on the need for national and international reform tax reform. I suspect that what I say may be influenced by discussion that has already taken place during the morning, but I usually prepare a few notes in advance of such events even if I ad lib it when it comes to actually standing up. So, in case they do not get used later these are those notes:

a) For all the bluster not much has happened yet

b) The OECD has to deliver

f) And through all that there's the fact that we still have an international tax system that is built on the absurd assumption that groups of companies don't exist and that free markets do - neither of which are true. You can't build a good tax system on the basis of a lie

b) The UK situation is dire

c) HMRC is being stripped of resources - 40,000 staff are going have gone and the latest plan is for many more to go. The capacity to use any data AIE created is being destroyed

d) The tax gap is massively under-estimated: it assumes anyone not submitting a tax return has no income - how absurd is that?

e) Company regulation has all but collapsed - 400,000 companies disappear without any questions asked each year

f) HMRC fail to collect tax returns from 1,000,000 companies a year - and assume that's because they're dormant

i) And why it's vital now that tackling the tax gap - including calculating it properly - is absolutely key to UK tax reform and to creating new economic prosperity in this country - which is only possible, I believe if we tackle this issue to beat off austerity and help balance our budget

j) Why isn't every politician queueing up to do this backed by every honest business in this country?

Or in diagrammatic form (which is how I write such things): 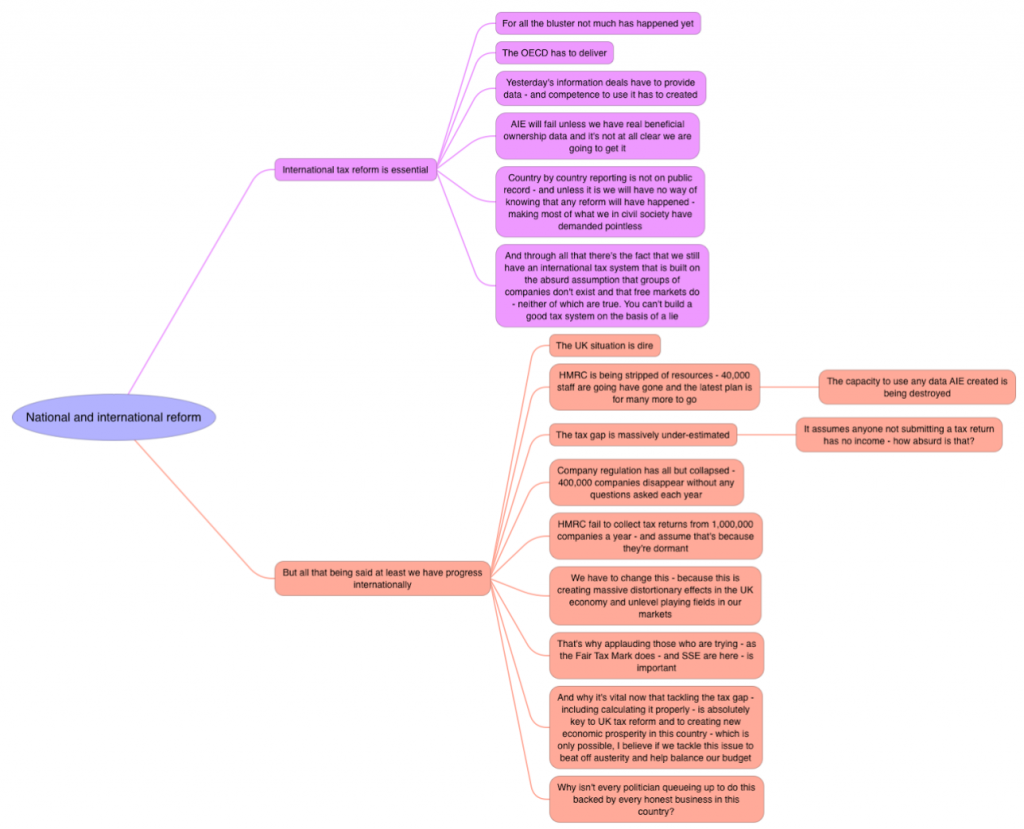