I've been looking at HSBC's accounts, out today.

The company made pre tax profit of $20,649 million and had a tax charge of $5,315 million. That tax charge splits down like this: 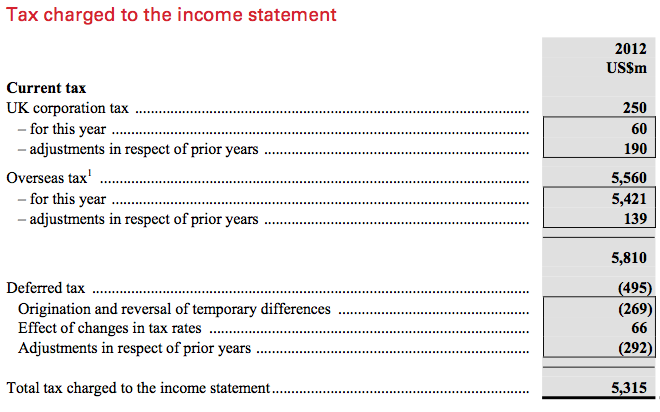 That I can find HSBC does not say anywhere how much profit it makes in the UK. But since the UK tax charge for the year was $60m at a rate of 24.5% on average the taxable profit looks to have been $245 million.

Now, let's look at that a different way. Let's apply the unitary apportionment formula to group profits. From page 335 I know the company had 48,000 employees in the UK out of 270,000 in all.

The classic unitary apportionment formula says that profit should be weighted to a country in proportion with one third of the weighting applying to income, assets and staff. So the maths is:

So for hosting HSBC and taking its risk the UK lost out on tax of $853 million, which is a little over £500 million - enough to pay outright for a couple of hospitals.

So, HSBC, tell us why that happened, will you? And how? And why you paid it somewhere else instead?

The case for country-by-country reporting for banks is compelling.