The recession, its causes and how to solve it in one blog

The TUC published this graph yesterday: 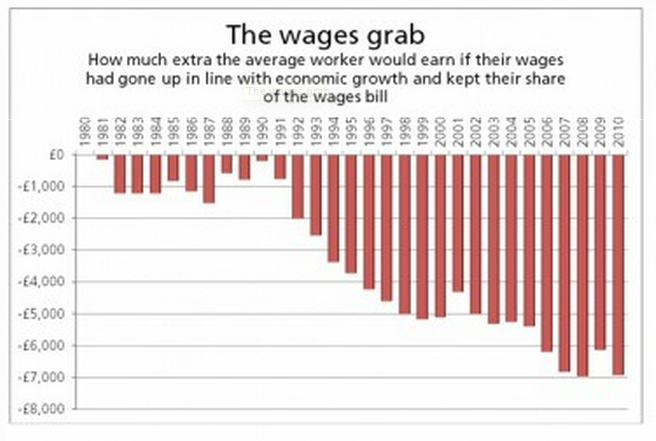 What it shows is how much the average worker has lost because wages have not kept up with growth over the last thirty years.

The "missing income" went to profits and investment returns, of course.

The trouble was with profits concentrated in very few hands and wages widely spread people couldn't afford to buy the products that were being made without borrowing back the wages they'd lost from the people who's taken them from them with the result that debt skyrocketed and recession followed.

And the tax take fell too as profits are taxed less than wages.

So that's it in a nutshell: the recession was caused by not paying people enough for what they did. Which makes the answer very obvious.....