I wrote earlier today about PWC's new Total Tax Contribution report and said I'd expose the fundamental accounting flaw inherent within it. I'll keep my promise.

Look at this diagram: 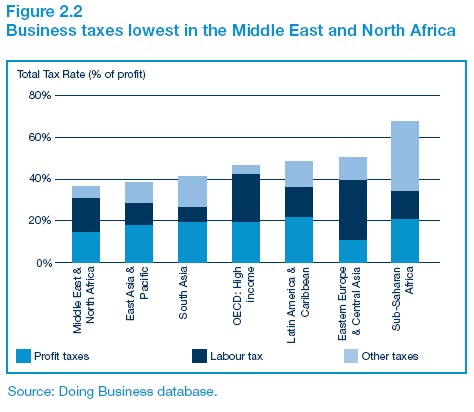 Seen the problem yet? It's this: the total tax rate is expressed as a percentage of profit.

Now note where this is highest: Africa. And that's not a coincidence. You see, African countries set high tax rates on profit (the diagram shows that). But these taxes are easily evaded. There are, for example, almost no effective transfer pricing controls in Africa. So the easiest way to not pay tax on your profit is to make your profit very low by exporting it to a convenient tax haven of your choosing. PWC have offices in most.

Now. having low profits does not much alter the percentage tax rate paid on that profit, of course. It just makes the absolute sum paid much smaller. And that's an African problem we're seeking to tackle as part of the development agenda.

But having an artificially low profit has a dramatic impact on the apparent ratios of tax due in the other categories PWC consider, because labour and 'other' tax bills aren't , of course, calculated on anything to do with profit. The simple fact is that if you divide a properly calculated number by an artificially deflated number you will come up with an answer that is bigger than it should be. And this explains exactly why the graph has the profile it does.

Because of this the entire methodology of the TTC is flawed. As ever, PWC are seeking to compare apples and oranges to create pears. And it doesn't work. And they must know it does not work. After all, they make it their business to relocate profit.

All of which makes me think it's a good job they no longer call themselves a firm of accountants. They clearly don't understand numbers.

But they do peddle some very dodgy figures with clear political intent. And that's much more worrying.