This is a supposed Bill of Rights? I don’t think so

The intellectual Titan, Dominic Raab, introduced The Bill of Rights Bill to the House of Commons yesterday. This is the first page: 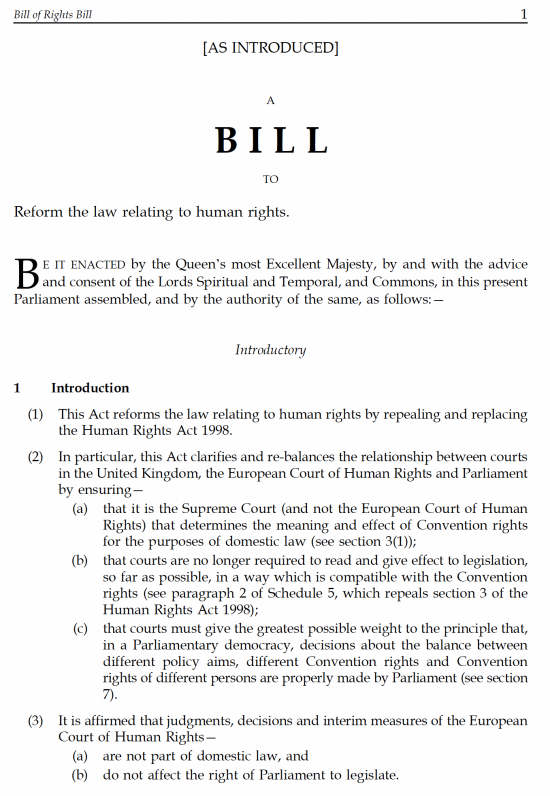 As I understand it, none of that needed to be said.  This might have been called the 'Bill of Political Posturing' if that was all of it.

But it is not. This is clause 4 on freedom of speech: 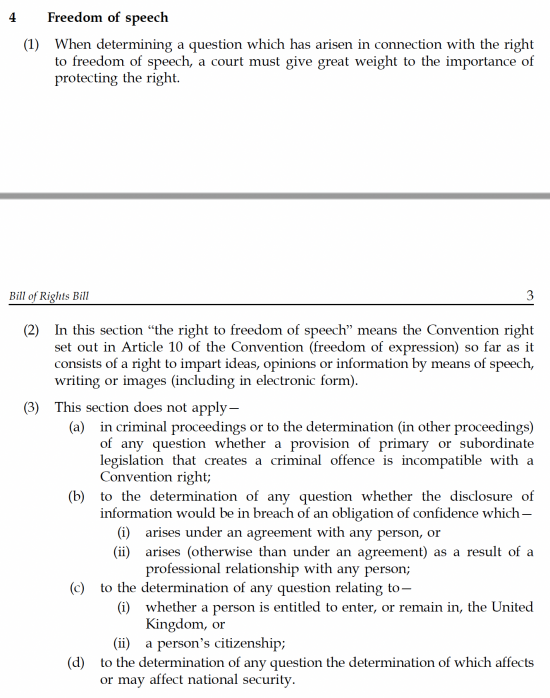 Look at subsections (c) and (d) of section 3. We no longer have freedom of speech to defend a claim to citizenship, and migrants are denied this right. Literally, the right to be heard by a court on something as basic as the right to reside or to claim asylum is removed. That is staggering. The government can now strip us of our citizenship and we have no right to complain.

And then look at clause 7: 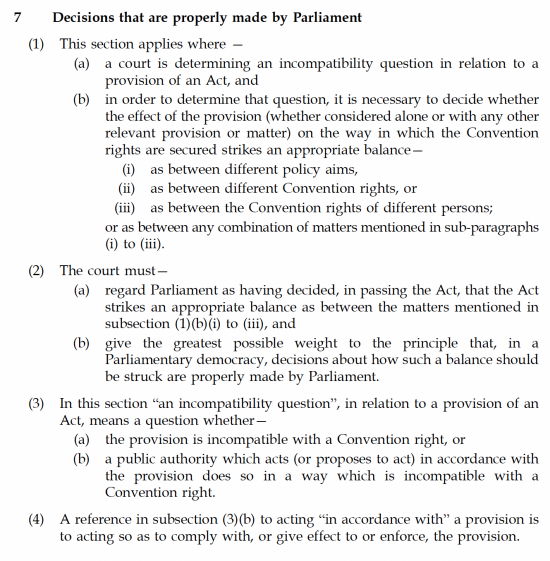 This is dire drafting (and I have been reading legislation as part of my job for forty or more years now), but the essence of it is to say that if there is doubt as to whether Parliament correctly appraised the balance of rights when legislating it shall be assumed that it did, because it is Parliament. In other words, the Bill is saying it will be much harder to bring a judicial review because the presumption is that any challenge will prima facie be wrong. And what seems certain is that this will also apply to the vast range of delegated 'Henry VIII' powers now granted to ministers to legislate at will without ever consulting parliament, meaning that in effect rule by decree without challenge is now permissible.

And this is a supposed Bill of Rights? I don't think so.

Worry. They are coming for you.