As the Prime Minister waffles on about Peppa Pig the NHS is being dismantled. It is entirely possible that his behaviour is designed to distract from that fact.

As the BBC notes, this is the measure that Tory MPs voted for last night: 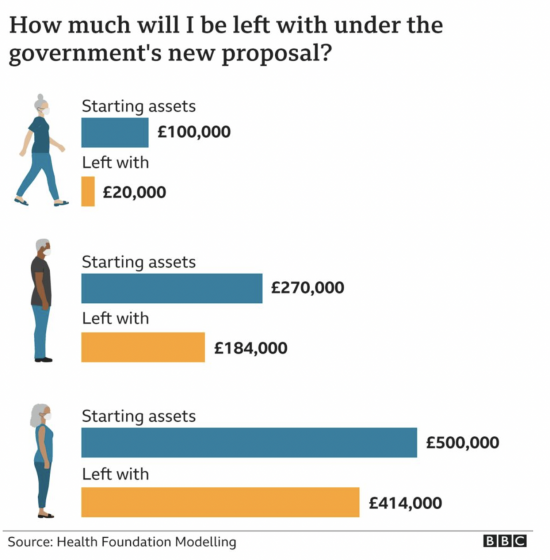 As I have previously noted, this graphic representation is of a regressive tax where the greatest percentage burden is very obviously most heavily borne by those with the least capacity to pay.

Staggeringly, many of the Tory MPs who voted for this tax did so after rushing back from a champagne party put on for their benefit.

As notable was the fact that so many did not bother to return. Nineteen Tories vote against the measure yesterday. Sixty-eight abstained and at least 55 of those were real abstentions in the sense that they were not paired with Labour MPs under an arrangement with the Whips.

However, Johnson still won the day. The principle that 'tax is only for the little people' is being upheld by the Tory party.

There is, moreover, an unfortunate element of distraction in all this, as there is in the attention to the ever-increasingly erratic behaviour of the Prime Minister, whose own health has to now be seriously in doubt. That distraction is from the substance of the Health and Care Bill 2021. As Keep our NHS Public note:

That Bill is taking forward the 2012 plans to privatise the NHS. It is, of course, said that the changes are about increasing efficiency. But the reality is that the duty of care is being removed from the NHS. The right to be treated, which is already in doubt in practice, will be removed by law. What will be left are the profitable opportunities for the supply of medicine, which is something very different from the supply of care.

As the Prime Minister waffles on about Peppa Pig the NHS is being dismantled. It is entirely possible that his behaviour is designed to distract from that fact.