World shipping is already sending out the signal that global supply chains are being sorted. Inflation will decline as a result.

There remains much discussion of inflation in the media, fuelled by central bankers and others. Yesterday Andrew Bailey from the Bank of England was before parliament intent on fuelling speculation that interest rates are coming, and soon.

But why? He has already admitted that the phenomenon we now face is temporary. Around the world the impact is very largely created by increased prices of durable goods, from cars onwards, and that is due to supply chain issues. More routine goods are overall seeing more balanced increases (and yes, I know there are exceptions). And even Bailey has accepted that there is nothing that an increase in interest rates can do to solve a supply chain blockage.

Instead, two other phenomena are being seen. One is that people are deferring buying consumer durable goods - hence the greater than expected slow down in the economy when it was forecast to be growing rapidly. And second, the supply chain is sorting itself out. 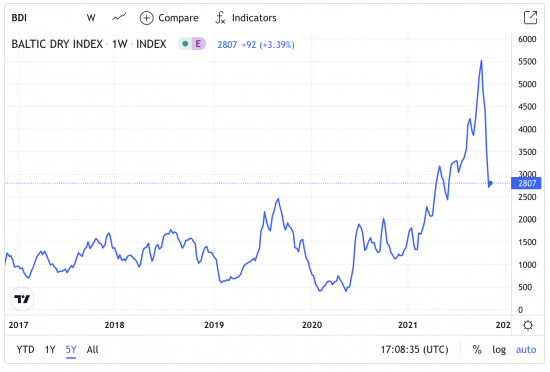 So too is the World Container Index: 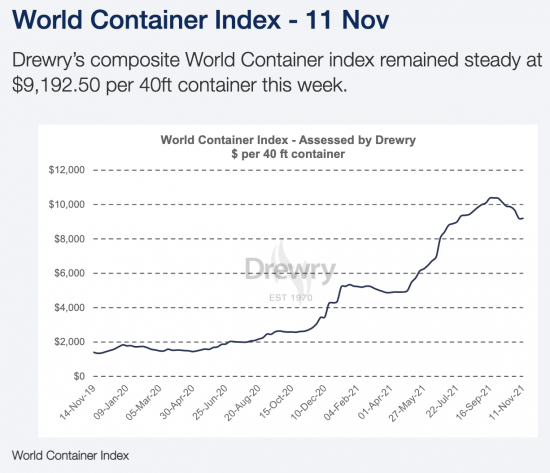 There must be a reason for this. The obvious one is that the demand for shipping is falling as the logjams that were created by the world economy reopening are resolving themselves, already.

So, people have smooth their purchasing to counter inflation, and shipping prices are falling as the problems there resolve.

Now, what is the case for an interest rate increase Andrew Bailey, apart from, that is, the perennial banker desire to profit at the expense of others by charging for a product that cost nothing to create?