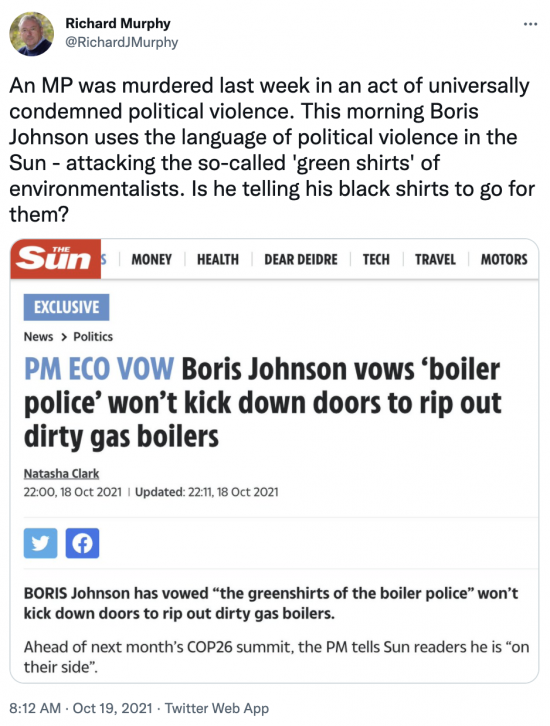 I am deeply shocked by Johnson's choice of language.

He knows what the language of 'shirts' is all about. He is deliberately referring to fascism.

He is deliberately taking sides.

And he is deliberately opposing those who want action taken to save this planet and human life on earth.

He is siding with the black shirts as a result with the deliberate intention that they should silence the left, nominating The Sun to act as their voice piece.

Worse, by the use of this language he is stoking violence against those who think we have a duty to act for the sake of all our children.

I have little doubt that he is encouraging a mob; a mob we are already seeing being mysteriously allowed to act to clear Insulate activists whilst the police stand aside.

This is deeply dangerous rhetoric.

I had already written the thread I have just posted on whether we have a legitimate government by the time I saw this. Now I think we can safely provide an answer.