Politics is not a game without consequences. It really is time that the Tories realised that before more have to die. 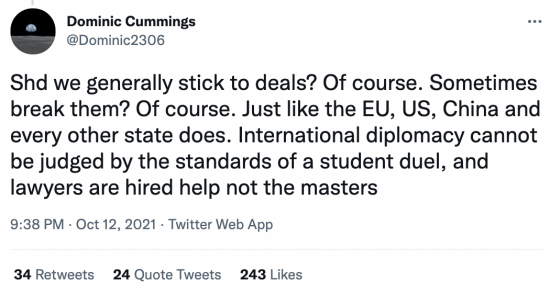 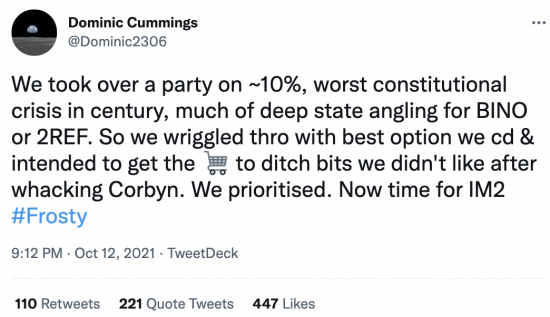 In other words, the Tories knowingly lied about both Brexit and its consequences for Northern Ireland to win the 2019 general election. They knew the deal was not 'oven ready'. They knew they would have to renegotiate because what they were signing was, as far as they were concerned, unacceptable. And they did not give a hint of that.

I agree with this comment from John Cotter, a law lecturer at Keele University on this: 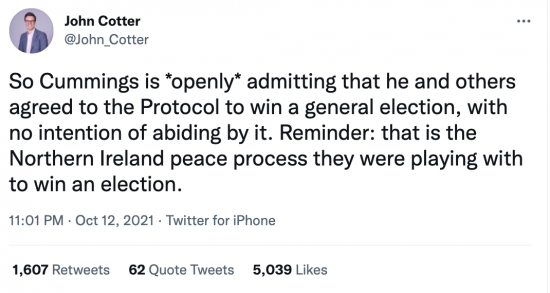 Peace in Northern Ireland is too important for such games to be played. Lives are at stake.

And politics does require integrity.

If Cummings is right (and he may not be) both were treated as incidental to the gains that the Conservatives might make. No wonder politicians are held in contempt in that case.

Surely we can do better than that?