Labour had a vote on whether it should back proportional representation yesterday. This was the result: 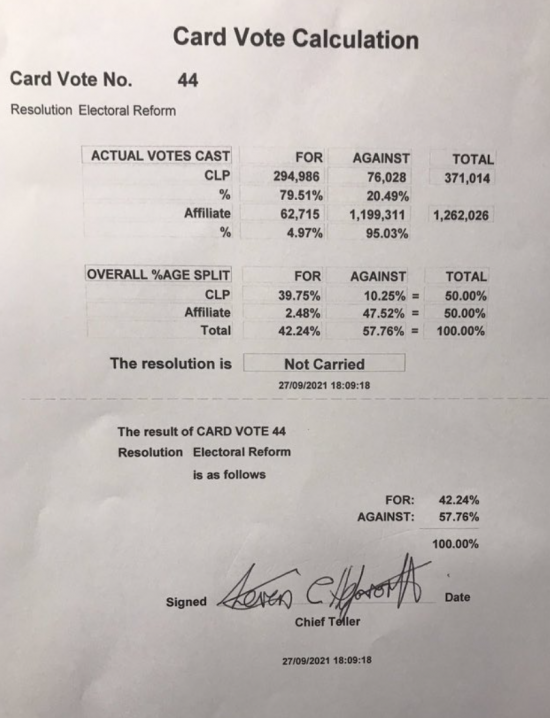 As Neil Lawson at Compass said in a mail last night:

During his leadership election campaign, ]Keir Starmer] said: 'we’ve got to address the fact that millions of peoples vote in safe seats, and they feel their votes don’t count'.

Well this week was your chance, Keir, and you did nothing.

So despite 83% of Labour members wanting PR, despite over 300 CLPs passing pro-PR resolutions and it being the most well-supported motion at conference, you did nothing but support a voting system that only works for the benefit of the Tories.

We all know and expect the Tories to undermine democracy now. That's a given. But the fact is that the Labour Party - and most especially its trade union members - are also seeking to deny the people of this country the right to choose the politicians and governments that they want.

The old hardcore of politics is opposed to democracy. They do not trust us with choice. They still want power for themselves and not people. And those trade unions who blocked this move deserve to be condemned just as much for doing so as the Tories who do the same thing should be because both are opposed to people having a choice, and I can't differentiate them for that reason.