The Bill to approve the Brexit deal has been published. Included is this wonderful clause, which basically says a Minister may enact anything they wish if they can claim it is a part of the process of implementing the deal, however they might interpret that: 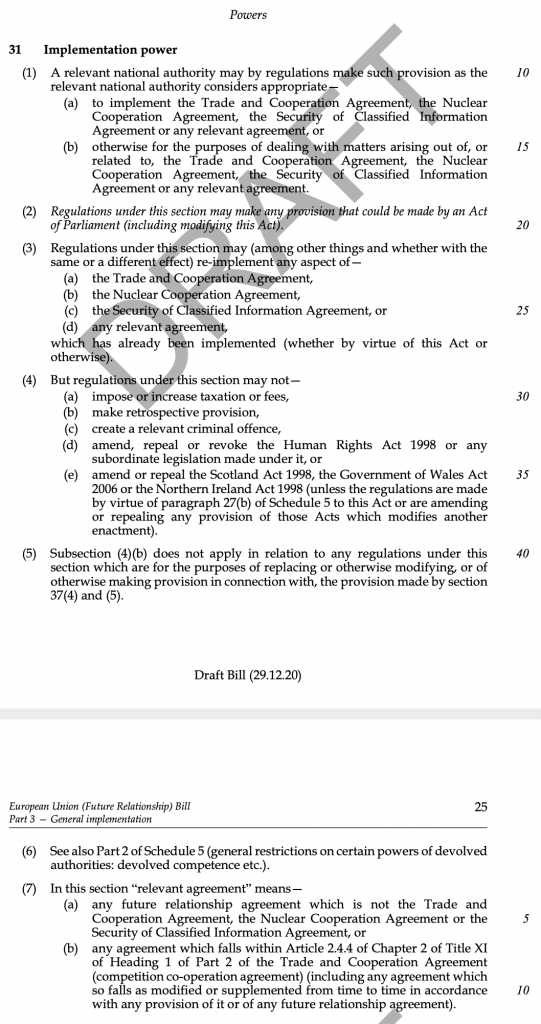 So, what's the point of parliament?

And what's the point of an Opposition that votes for this?

I despair of Labout if they think that supporting this casting away of the rights of scrutiny constitutes Opposition. It's as if they agree that Parliament has not got time to do its job, and so really does not need to sit again until 11 January, or at any time thereafter, apparently.