Reaching out for impact

There has been some discussion on here as to why I have been writing long Twitter threads (up to 4,400 words long) and have then been reposting them on the blog whilst retaining the slightly odd constraint that each paragraph has no more than 280 characters in it.

The answer is quite simple, and that is that this has the greatest impact. Yesterday's thread has had this Twitter impact, so far: 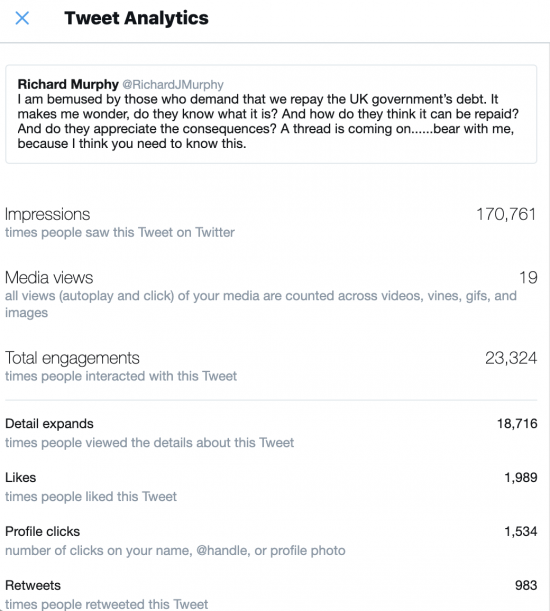 Even some way down the thread engagement remained high - at several thousand per Tweet. That meant people worked their way though it.

Compare that to the blog where total reads of that post, so far, have been 531 out of total reads yesterday of a little over 4,000.

But then compare that to the impact of the thread on QE from a week or so ago: 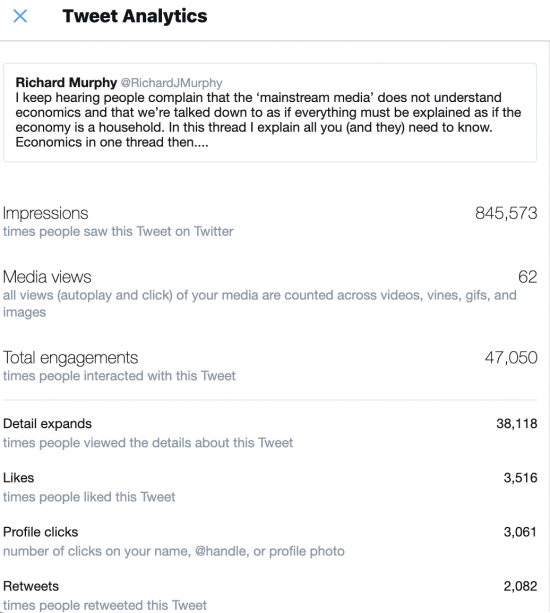 I am not going to overburden Twitter followers with threads of this length all the time: that would be absurd. They also take some time to develop. Yesterday's took a week to write, on and off of course. But I don't just write for fun; I also write to have an impact. And Twitter is a place to get that, it seems. So, for the cynic suggesting I was wasting my time there, I think otherwise.