Ducking the issue: QE is a policy for which HM Treasury is responsible and ministers should not deny it

David Lowry sent me this Q&A from the House of Lords: 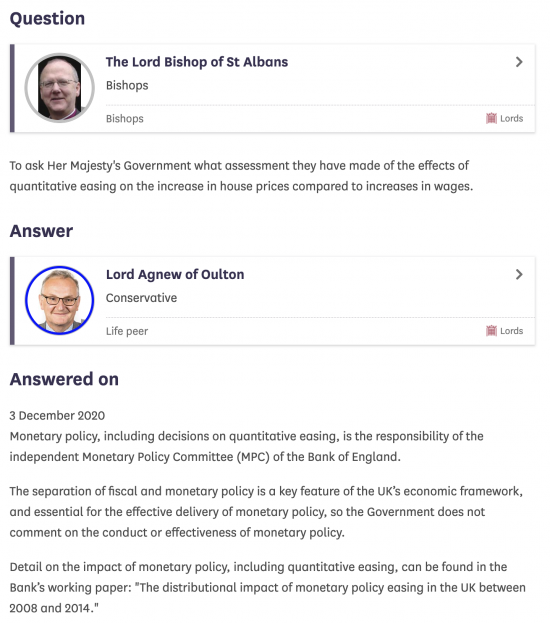 Why share it? Because what this reveals is a government willing to hide behind deceit.

The reality is that  the purchase of bonds by the Bank of England only takes place with the explicit, written,  approval of the Treasury.

What does this mean in the context of the question that was asked and the answer that was given? Firstly, it means that the claim that monetary policy is under the control of the Bank of England is not true: they only act with Treasury permission. The body actually in control is, therefore, HM Treasury.

Secondly, for a minister to deny responsibility for a policy for which the government is directly responsible is, therefore, to mislead Parliament. That would appear to be a breach of the Ministerial Code.

Thirdly, it seems that ministers now  do this without any conscience on a regular basis.

Such is the state of government in the UK now.