Need I say more than this? 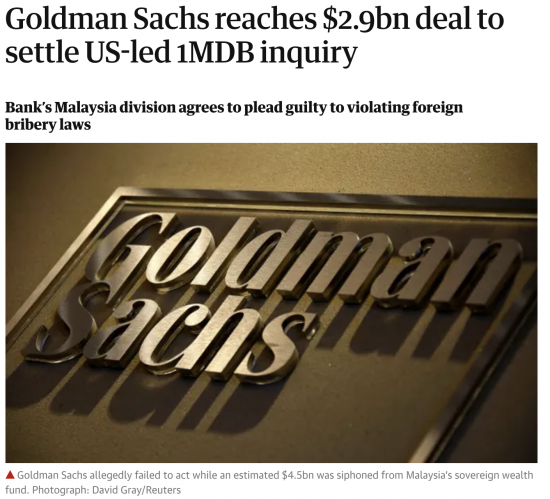 I defined the suppliers of corruption services way back in 2007 as:

1. Those governments who supply the secrecy spaces in which corruption can take place, which include (but by no means exclusively) the recognised tax havens;
2. Those who supply the services that allows such corruption to happen including the bankers, lawyers, accountants and trust companies who set up and operate such arrangements;
3. Those who undertake illicit transactions related to capital flight and tax abuse;
4. Those who ignore such transactions in the course of their duties.

Goldman Sachs has pleaded guilty to facilitating massive corruption. They fit fair and square into my category 2. Of course, they may also fit into 3 and 4 as well, but let's leave it at 2, because that is enough.

Now to ask the obvious question, which is why has to still got a licence to operate? The usual punishment for a crime of this scale is the denial of freedom. Why has it kept it?