When the question ‘Who is going to pay for the coronavirus crisis?’ is asked the answer is ‘The government, and it’s already done so.’

Because I have been a little distracted over the last few days I did not look at the Office for Budget Responsibility's report on the state of government finances issued on 25 September until today. When doing so I noticed this, on debt: 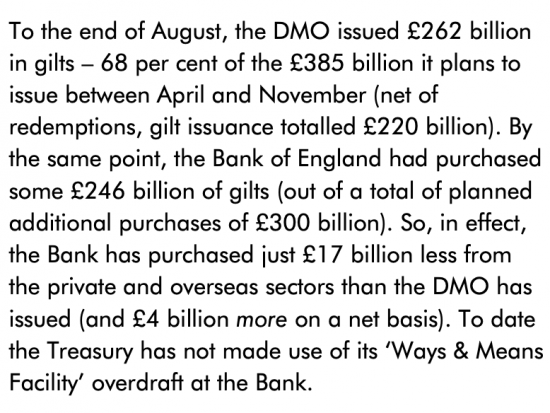 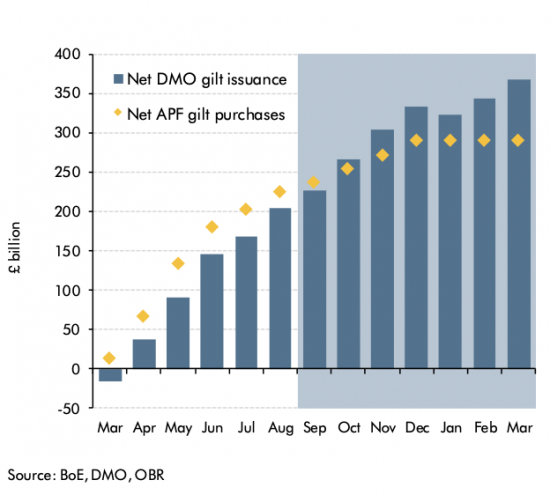 What is more, it looks likely that this trend will continue, not least because the Bank of England has ample opportunity to announce more quantitative easing as yet, and I expect it to do so instead of moving towards negative interest rates.

What this data also means is that so far this year no effective demand has been made of the bond markets to support the government. They have, in effect, been entirely sidelined. And yet, no one is saying this, even though the Office for Budget Responsibility has confirmed this to be true. Instead, we hear, time and again, about the threat that the national debt is currently creating to our future well-being, and that action must be taken to begin repaying it. But, the claim that the national debt has risen is untrue, and as a consequence the demand for repayment is inappropriate, as will be any economic policy based upon the premise that this is required.

The most that has happened this year is that the central reserve balances maintained by the UK's banks and building societies with the Bank of England have gone up, but none of them is asking for repayment, largely for the very good reason that they know that, such is the nature of the banking system that this would have no net consequence: Any repayment to them would be immediately re-deposited with the Bank of England.

In other words, might I recall the phrase 'Crisis, what crisis?' I think it is appropriate to do so.