My thoughts on Twitter this morning all relate to my concern that the government is getting yet another aspect of this crisis very wrong. It's talking about reopening, and the Governor of the Bank of England is even talking about returning to what he sees as normality.

But the truth is that there is a much greater chance of a second wave of coronavirus than there is of any return to normality. And with that second wave would come a significant escalation in the economic impact of this crisis, not least with regard to the scale of the unemployment that we'll face and the consequent knock-on effects.

And yet there is no plan. These were the tweets. They started from the bottom and work up, but the ordering doesn't matter much: 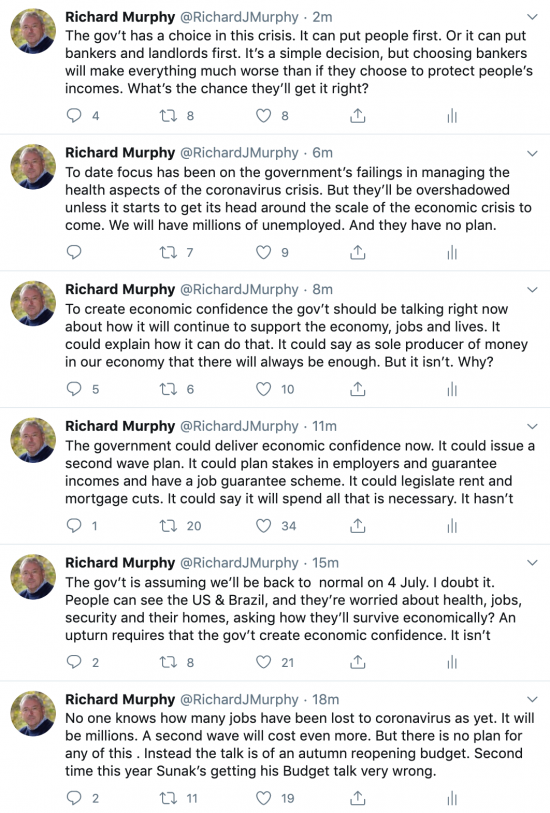 My point is a simple one and is that confidence comes from having a plan. In the absence of people knowing the government has one that they can believe is credible then there is no way that people are going to start spending again, and quite reasonably so.

I should add, that the Opposition is not doing much better.